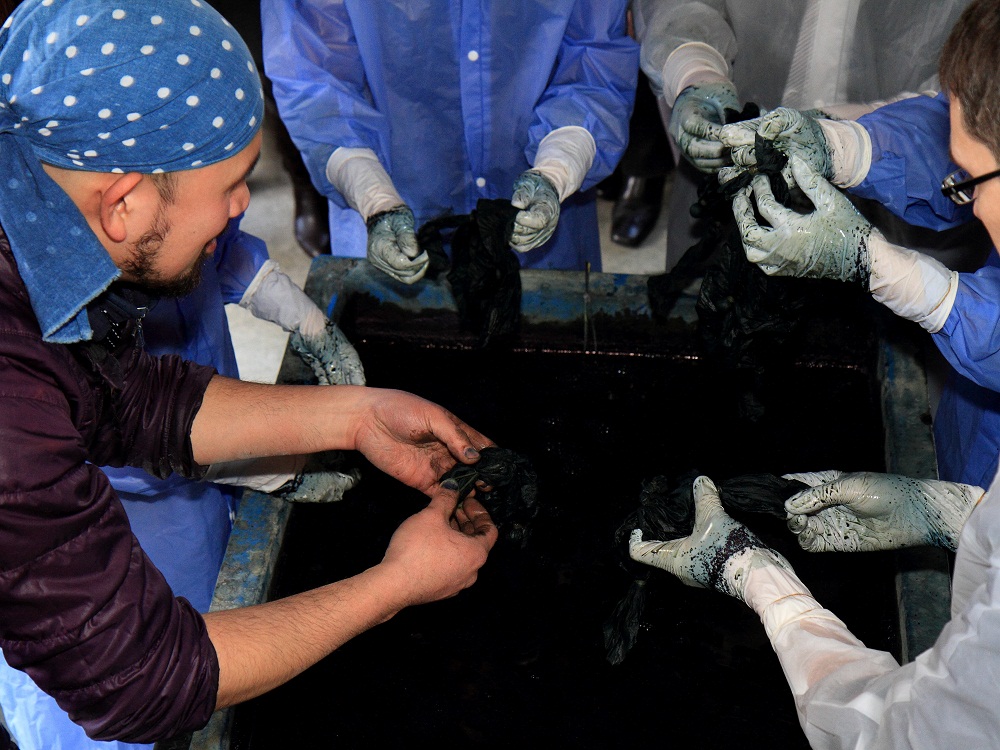 After over a month of continuously cloudy days, it is today, on a much-longed for day of clear skies, that my colleagues (fellow Coordinators for International Relations) and I have come to Yasugi City. It will soon be three years since I began working in Shimane Prefecture. When I think of Yasugi City, I think of the well-known Adachi Art Museum and Yasugi’s famous folksong ‘Dojō-Sukui’ (Loach Fishing). Our interviews, I learn, will this time occur at several places where one can experience traditional culture. We pass through a quiet, rural town, and stop in front of a small building. I hesitated outside of the building while everyone went inside, one by one. As I always do, I searched for the shop’s sign on the façade, but found none. My curiosity was stirred up by this mysterious place. 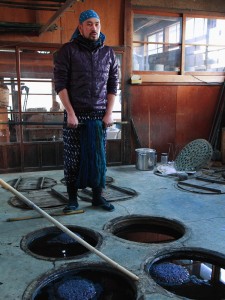 This place was ‘Amano Kouya’ (‘Amano’s Dye Workshop’), a business where one can experience traditional Japanese indigo-dyeing. It’s not a very large workshop, but its atmosphere is overflowing with history. Amano Kouya was founded in 1870 and has continued operating steadily for five generations. The current ‘successor’ to the line is Mr.Hisashi Amano. He explains that, originally, there were many indigo-dye workshops in Yasugi City’s Hirose Town. He claims the indigo-dye matches the relaxed Japanese temperament but the tradition of indigo-dyeing took a hit post-WWII when various bright colors and skills entered Japan from overseas and the art of indigo-dyeing faded out quickly. In order to keep up with this change in society, they diversified by introducing cloth-dyeing, life-style goods, decorative goods, on top of the traditional thread-dyeing.

When I was back in China, I visited the famous Wuzhen Water Town and had a chance to visit an old-fashioned dye-house. I have always thought it was a shame I never had the opportunity to try dyeing at that time and I was very excited to have my small wish granted this time. With his unique sense of humor, Mr. Amano explained to us in detail the art of dyeing and the ways to make the various patterns. Taking a single white handkerchief, I began to think of a pattern to create. No matter what pattern I decide, this will be unique amongst all the patterns in the world. My own ‘special-edition’. We could choose between a light blue and a dark, almost navy blue. If you like sky blue, you need only dye the handkerchief one time. You lower the handkerchief into the dye for one minute at a time, and then squeeze out the liquid when you raise it up out of the tub, spread it out and then let it touch the air. When immersed inside the tub, you cannot just hold it still; you must massage the dye, especially in the corners. Personally, I like indigo, so I dipped mine into the dye twice before washing it in water and hanging it to dry. Each of us had a look of anticipation on our faces as we opened our own handkerchiefs. Mine turned out just as I expected; indigo blue, with a beautiful but reserved design. I felt a small sense of accomplishment. That is one of the charms of ‘experience tourism,’ I suppose. Usually you simply hear a dull explanation and then imagine what the real thing would be like. If you have the opportunity to experience it with your own hands, however, you feel the reality of the experience and come one step closer to real Japanese culture. 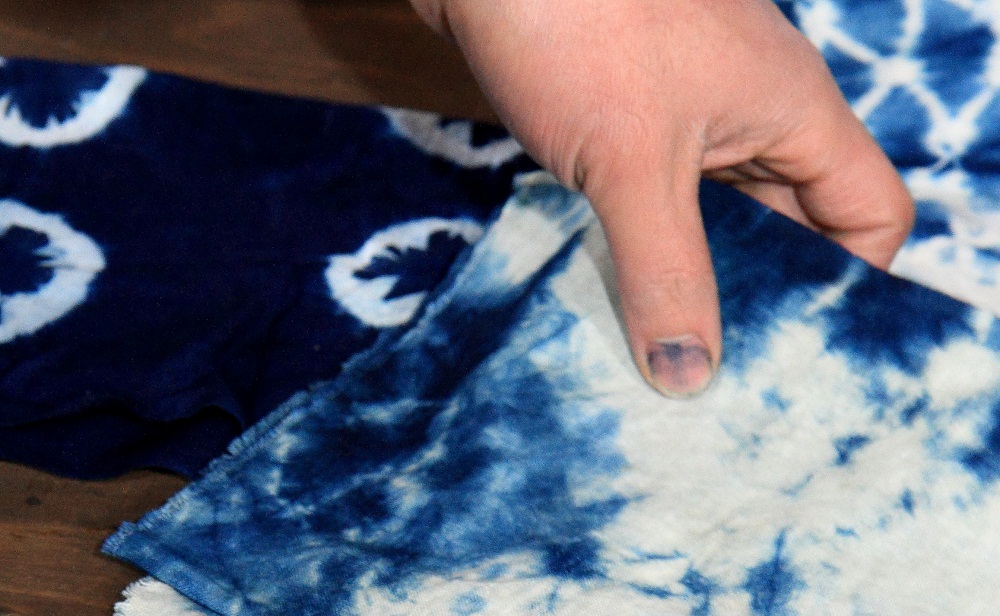