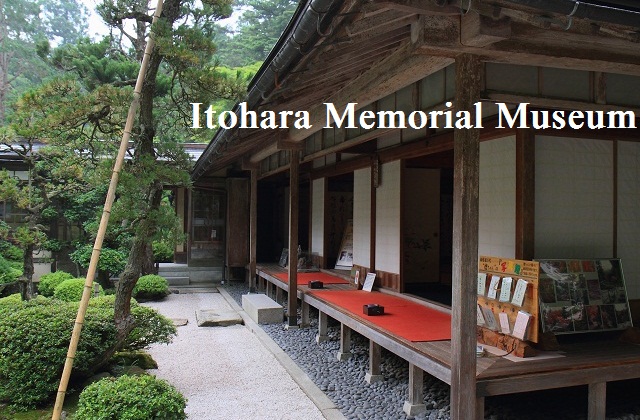 Harmony Between History, Culture and Nature at the Itohara Memorial Museum 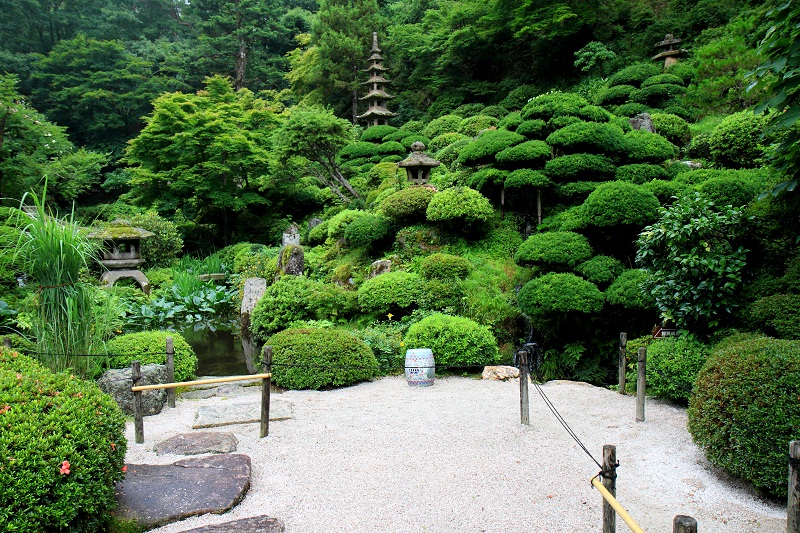 It is often said that Shimane Prefecture is a region representative of traditional Japanese culture. In amongst this traditional culture there is the Itohara family, a warrior clan from the middle ages with four-hundred years of history, who represent Japanese tradition and spirit and strive to spread the traditional culture of Shimane Prefecture to the world. The Itohara warrior clan moved from the Bingo Province (modern day Hiroshima Prefecture) to Shimane in the early part of the Edo period. There, they manufactured iron using the tatara method until the end of the Taisho Era, when, due to the introduction and spread of Western iron-making methods in the Meiji Era, they were forced to give up the centuries’ old tatara tradition and move on to forest and mountain related industries. It was at this time they turned their family home into a memorial museum. 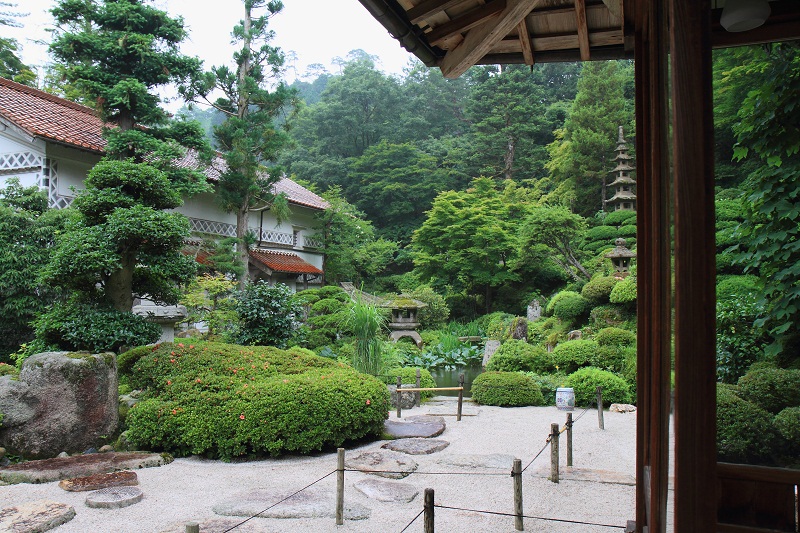 Currently, the Itohara Memorial Museum explains the history of the tatara manufacturing process and explains to its visitors the glory of the Itohara family. As soon as you step into the grounds you experience the atmosphere of a traditional Japanese garden: a man-made hill in the distance, quietly flowing water, new growth on a beautiful pine tree, a pagoda at the base of the mountain, and cicadas chirping in its roof. This sort of painterly scenery has always been a part of Okuizumo Town. Within the grounds of the one-thousand square-meter park is a seventy-two square-meter pond. This sort of pond-within-a-garden is called the Izumo-Style Garden and one of its specialties is the use of a combination of round and rectangular stepping stones. 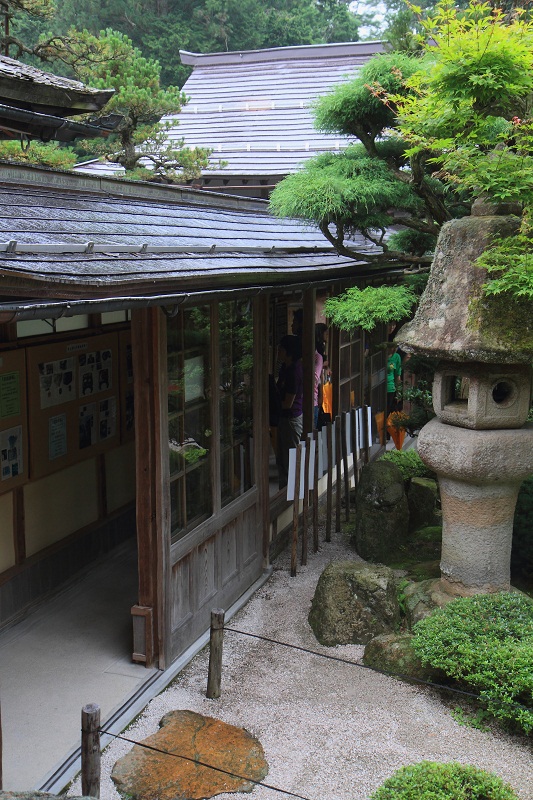 There are gardens like this in each region of Japan. The grounds here may be of modest size compared to those in Kyoto, the former capital, however there is a delicate beauty to them. There is a Fumairyu Style tea-house on the property, called Irakuan that people once visited in the old days to escape from the summer heat to drink tea. Something I liked about Japanese tea houses is that the doors are all low and narrow. According to our guide, Mr. Yasuhiro Itohara, the doors were designed this way so that people of any class could enter without prejudice and forget their troubles. I think that this a noble idea. 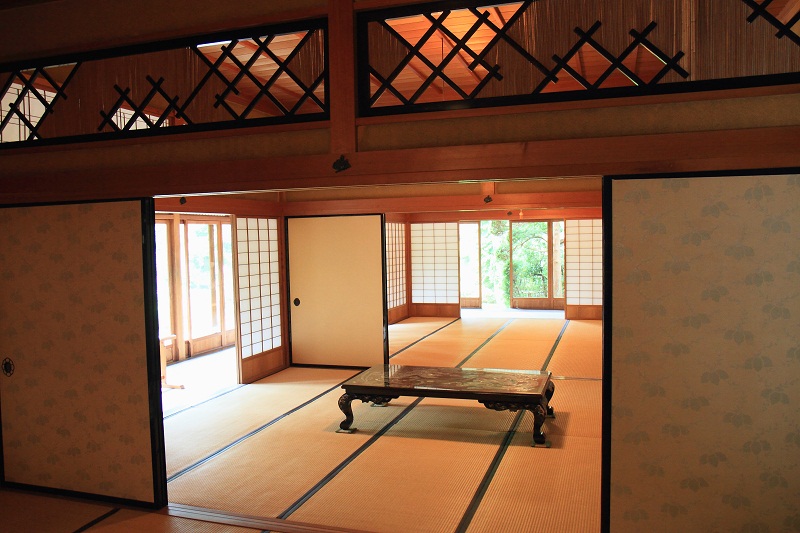 Upon entering the Museum, I noticed that there were several exhibition rooms that were divided up into themes. The first room was the ‘Tatara Manufacturing Corner’, which explains the air-flow system used in tatara production and the changes tothe fire-pits used over time, demonstrated with replicas. I was impressed by the methods used in the tatara process, as well as the knowledge of people from long ago. The second room is the “Art and Handicraft Corner” which exhibits art handed down through the Itohara family. The collection is rotated three times a year in Spring, Summer, and Fall. The third exhibition room is the “Tea Ceremony Goods Corner” which displays itemsused for brewing and drinking macha green tea and regular green tea that were used by the heads of the Itohara family through the ages, divided by the seasons they were designed to be used in. With this collection we can surely come to understand a part of Japanese tea ceremony culture. 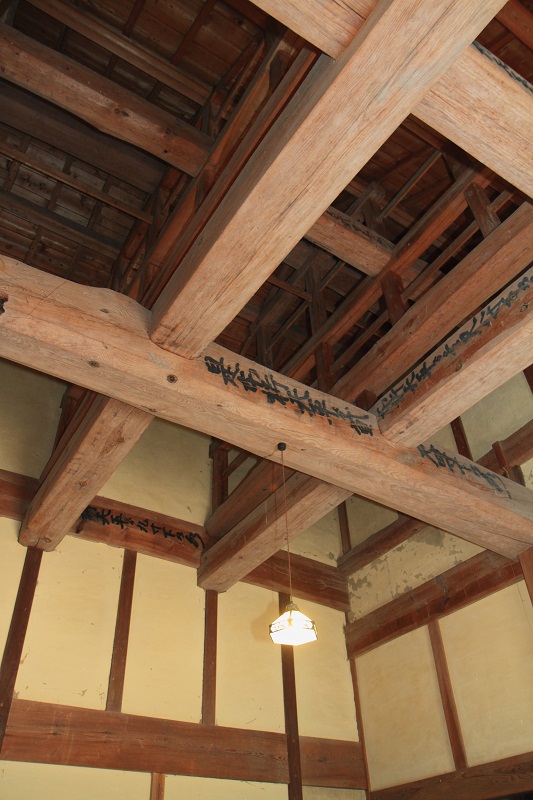 The Museum offers us a little slice of traditional Japanese culture as we walk through it and I felt the glory of an ancient age come to life during my time in Okuizumo. Before we went home, we walked along the Senshin-no-michi Road and I felt relaxed. The Itohara Memorial Museum introduces the world to Japanese culture and history as well as nature and is an important cultural site for both Shimane Prefecture, and Japan itself. I would like to introduce this place to everyone myself, one day. If you ever have the opportunity, please come and experience everything that is on offer here.