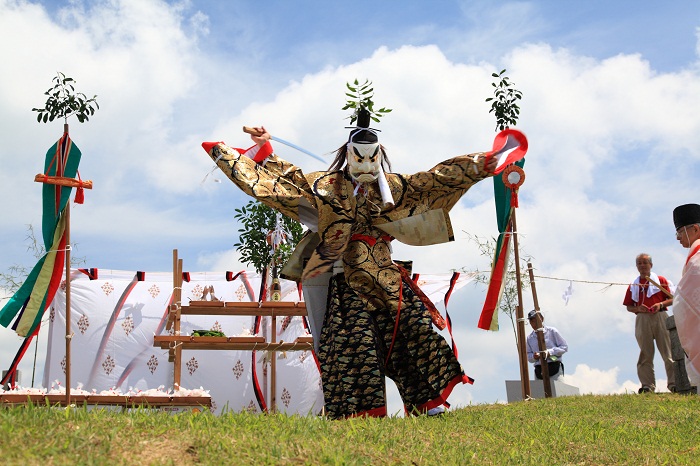 Traditional shinto ritual conducted on the top of the mountain

Once each year a sacred ritual is dedicated to the gods on the top of a mountain that is deeply rooted in Japanese myth.

Only those who climb to the top of the 1,149m high mountain can witness this traditional ceremony. The mountain, called Mt. Sentsu-zan, is believed to be the place where the Japanese god ‘Susano-no-mikoto’ slayed the terrifying serpent, ‘Yamata-no-orochi’.

>>Lead more about this story

It is said that Susano found a sword from the body of the serpent and dedicated it to another god named ‘Amaterasu’, who was also his elder sister. This sword is now enshrined at the Atsuta Shrine in Nagoya as one of the three great Imperial Treasures of Japan.

There is a stone statue on top of Mt Sentsu-zan to mark the place where the sword first appeared. The aforementioned ritual, which is called Sen-yo-sai in Japanese, takes place there every year on July 28th. 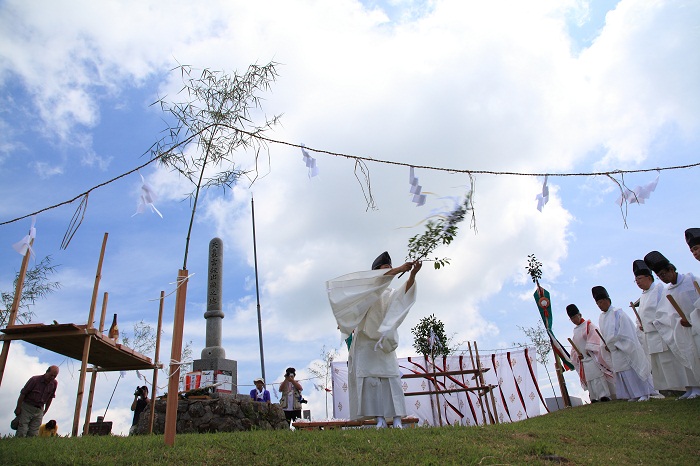 Shinto priests wearing traditional white costumes say Shinto prayers at the location, which is lined with blessed Shinto rope meant to invite the spirit of Susano. With the priests’ heralding, the space is transformed into holy ground. A traditional ritual dance follows, performed in dedication to the gods. This ritual dance tells the story of how Susano slayed Orochi. The performance is spectacular and the dancers were gorgeous costumes. 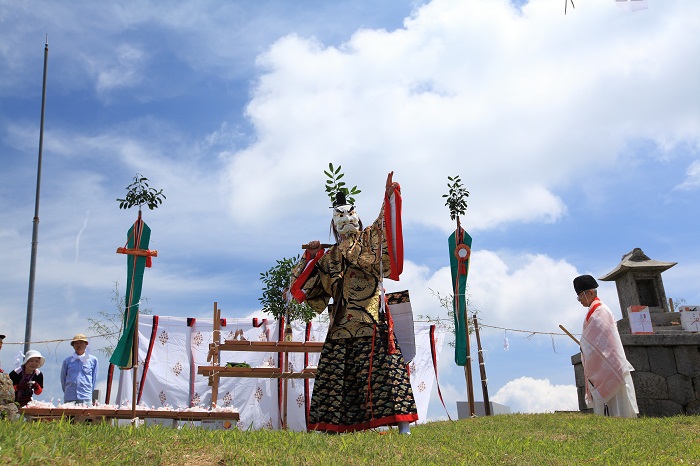 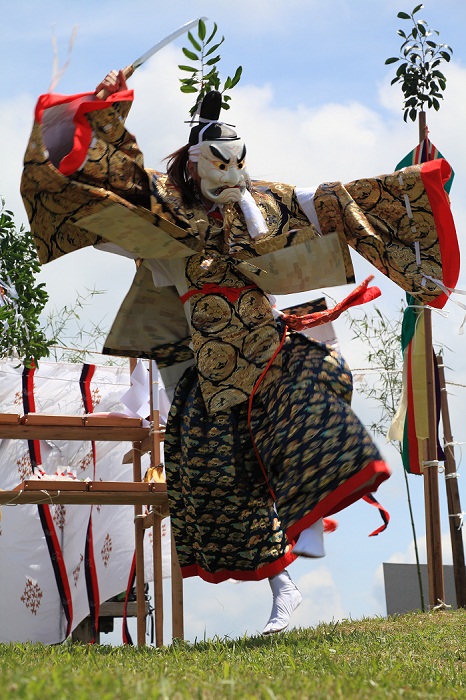 Once the ritual is over, the spirit of the god is dismissed by the priest and small packages of rice cakes, which are believed to bring good luck, are shared amongst the visitors.