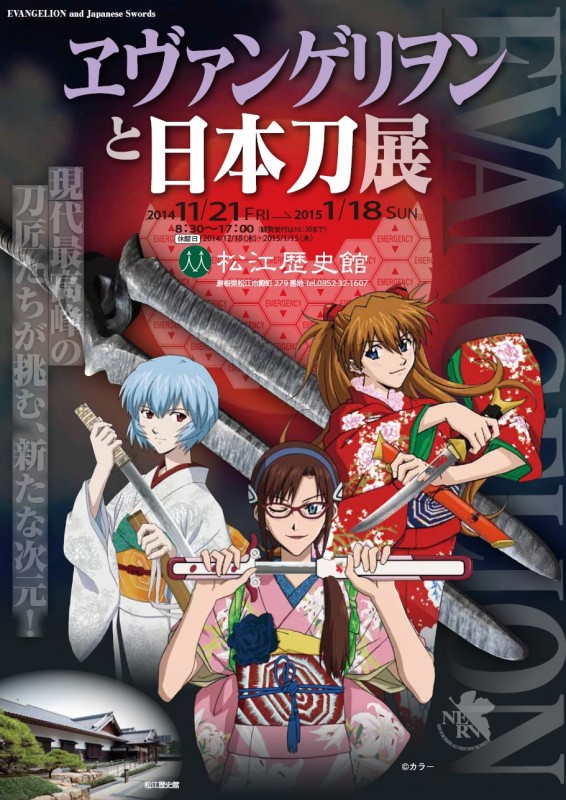 “EVANGELION and Japanese Swords” is coming to Matsue History Museum!

After a successful tour to France and Spain, Special Exhibition “Evangelion and Japanese Swords” makes a triumphant return to Matsue History Museum.

The exhibition “Evangelion and Japanese Swords” is a fusion of Japanese animation culture and a Japanese traditional art. The Japanese sword smith’s passion realized this collaboration project with 26 works including “Lance of Longinus” as well as new works inspired by the world of the Evangelion! What’s more, NATAYANAGI, the Japanese halberd designed by Mr. Ikuto Yamashita, a mechanic designer of Evangelion, and created by a sword smith of Miyairi Clan, is to be released for the first time! 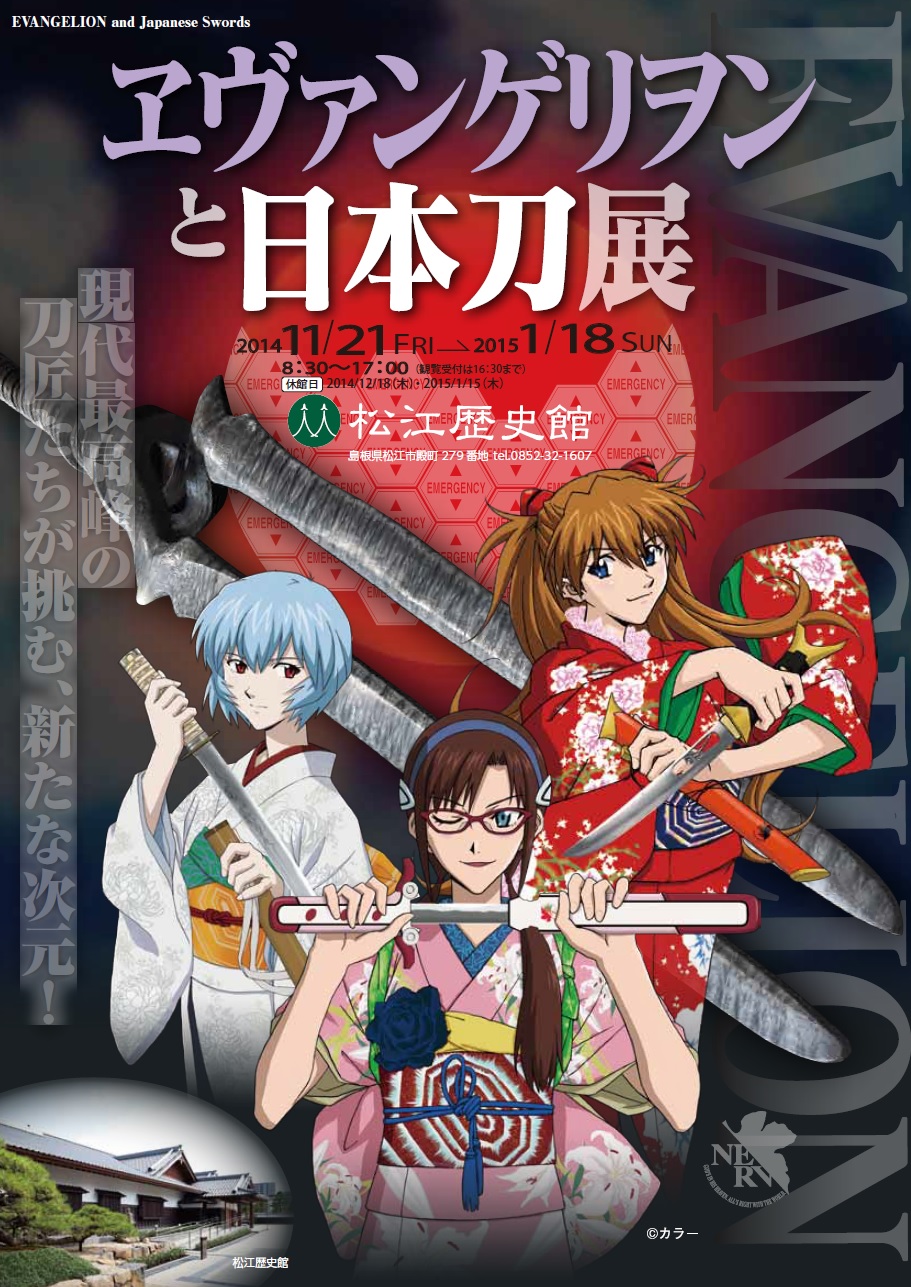 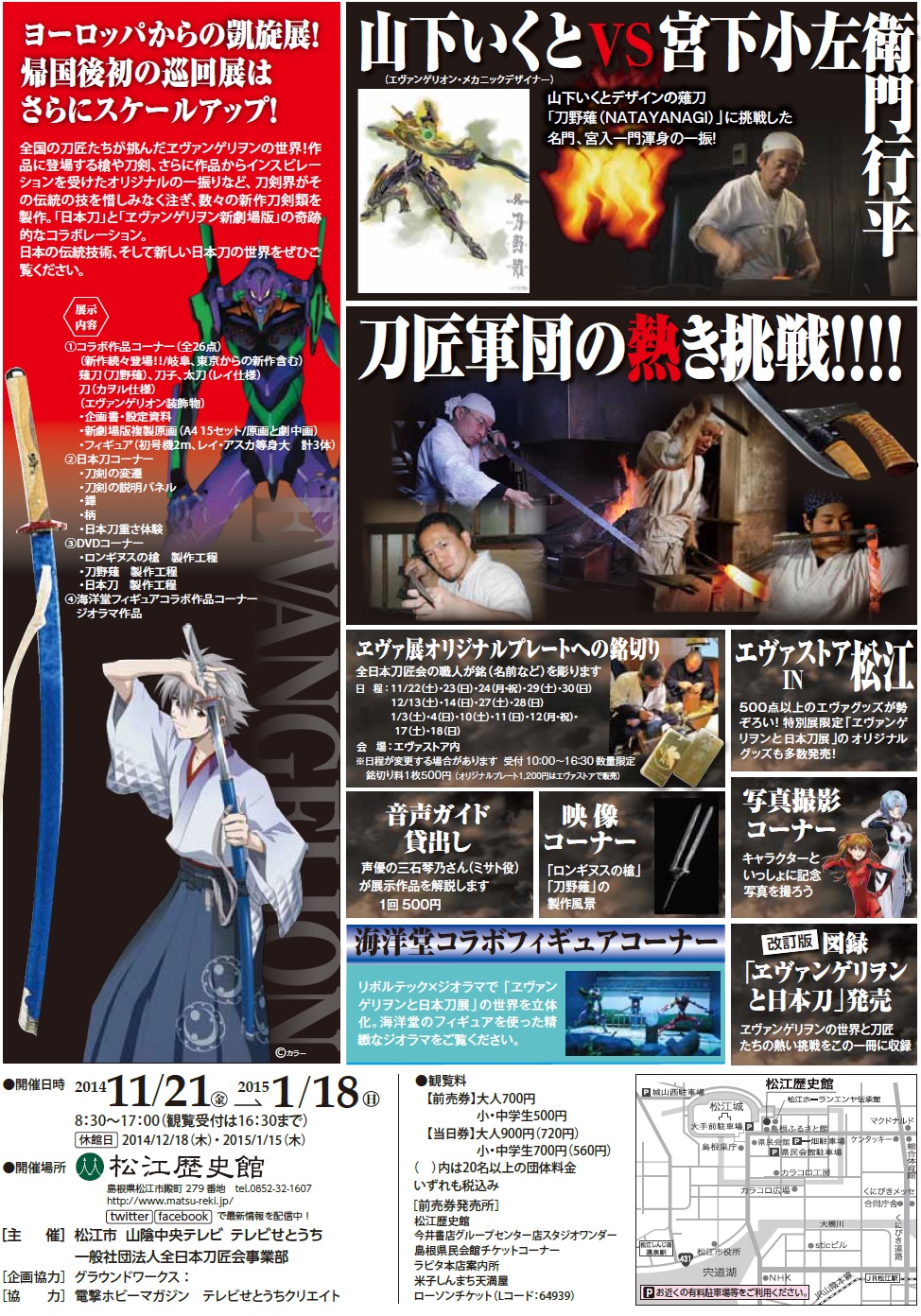 Matsue History Museum The museum is built next to Matsue castle and is made to resemble a samurai residence. The museum showcases the history and culture of the 400-year old castle town of Matsue. Inside the museum’s café one can enjoy original Japanese confectionary and green tea with a view of a traditional Japanese garden.Opening hours : Apr.-Sep 8:30 – 18:30 (entry by 18:00), Oct.-Mar 8:30- 17:00 (entry by 16:30) Admission discount : Adult -250 JPY/ Elementary,Junior hgh school students – 130 JPY
Tweet