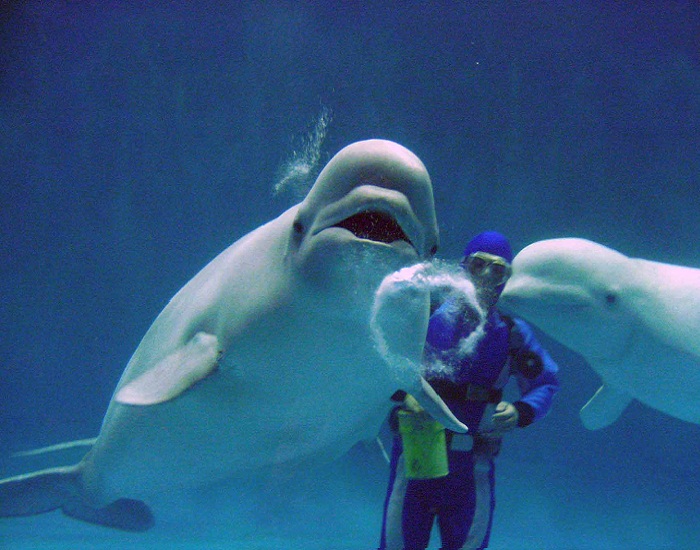 AQUAS is an aquarium which houses over 10,000 marine creatures from 400 species. Charming performances by nation-wide famous belugas, seals, and sea lions can not be missed.

The aquarium is famous for the cute beluga whales. Their charming performance called “bubble rings”, which are made by belugas exhaling from their blowholes, is the one you cannot miss. This performance has become popular when it appeared  in a popular Japanese TV commercial. 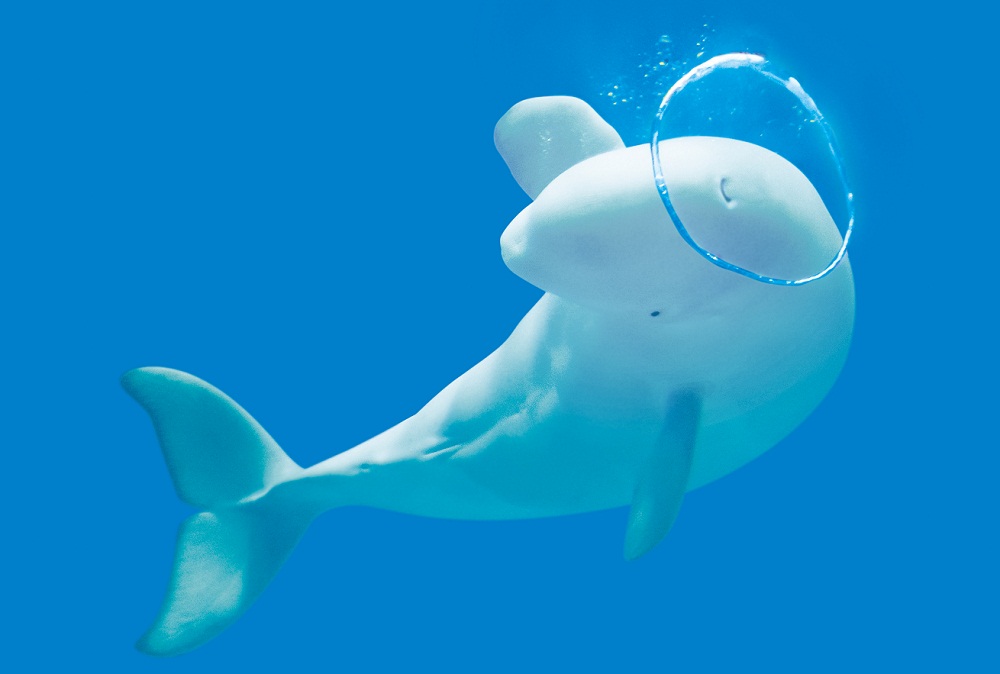 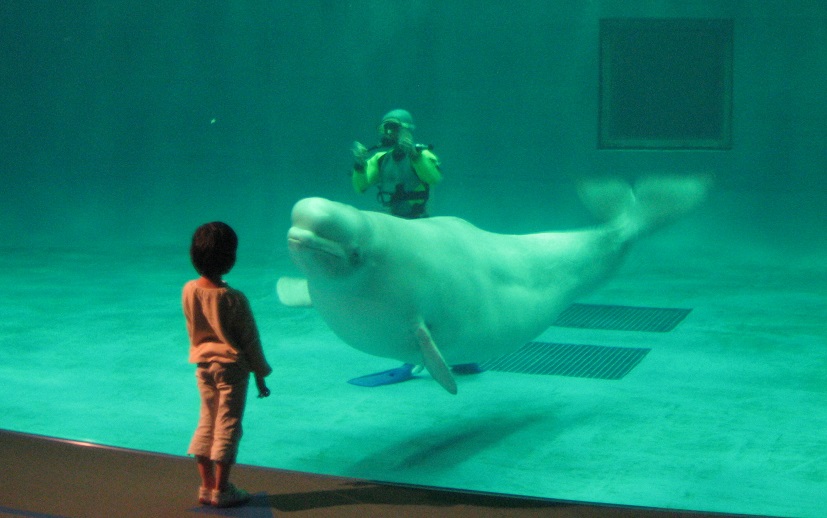 This tank features the Shimane’s history which is long enough to be appeared in the ancient Japanese Mythology. The glass tunnel running through the aquarium’s 1,000 ton tank offers an immerse experience,The major stars in this Mythical Sea are the sharks of many kinds. You can see them swim magnificently as you walk trough the undersea tunnel. 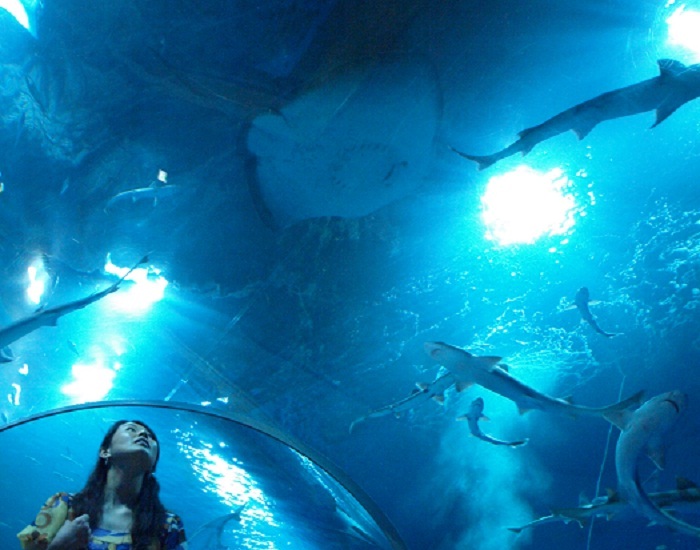 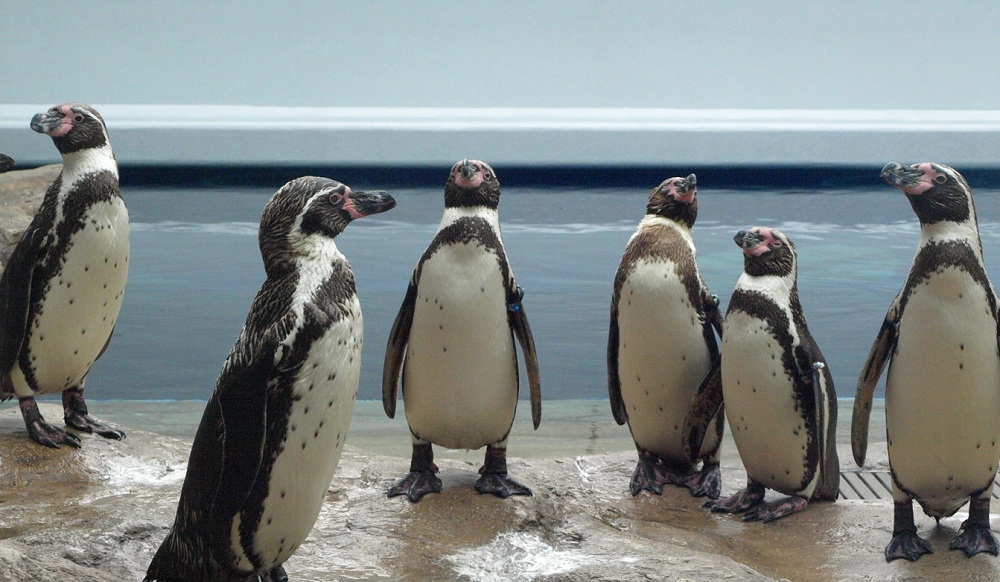 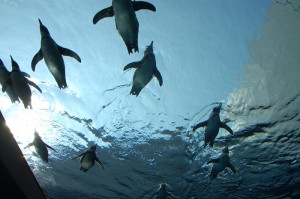 At the penguin pavilion, you can observe the King penguins, Gentoo penguins, Rockhopper penguins, and Humboldt penguins. If you have chance to watch “the penguin feeding time”, you can learn their lifestyles.
You can also see penguins dive powerfully into the water from under their pool. As the light streams into the tank, you’ll forget the time, watching them swim freely through the water. 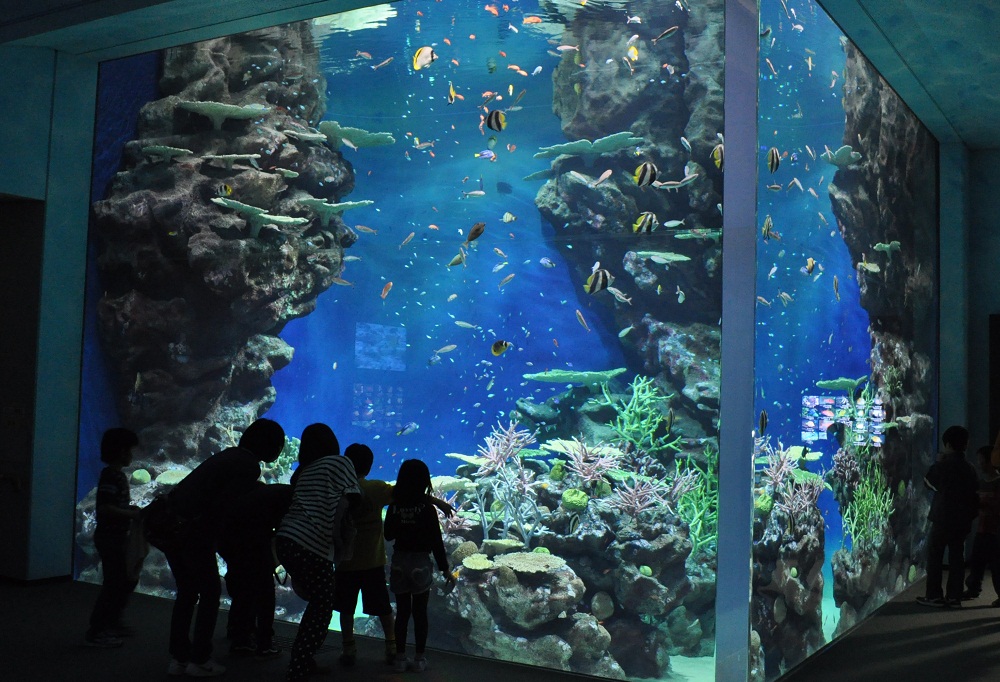 Closed : Tuesdays (Wednesday if Tuesday is a national holiday)
* Open during May, July, August, year-end and New Year holidays