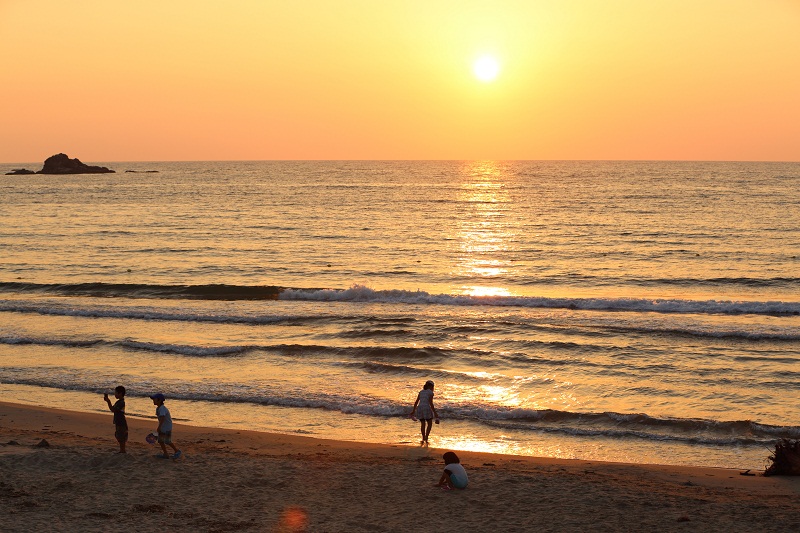 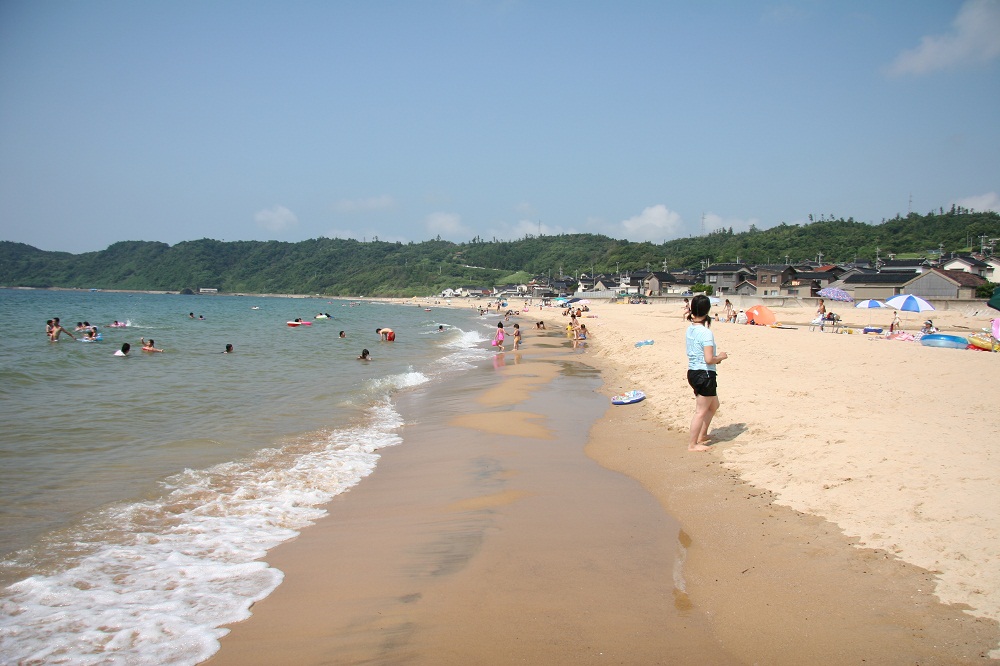 The name of the beach, Kotogahama may have been named after the name of Japanese traditional instrument, Koto (Japanese harp). Why is that? That is because the sound that the sand beach makes as you walk on is so much alike that of Koto. For its beautiful Koto sound and 2km-long coastal scenery, Kotogahama has been selected as one of the top 100 soundscapes of Japan as well as the top 100 beaches of Japan.

During summer, the beach becomes packed with people, from young to senior. Showers and beach items for rent are ready on site, so just grab your swimwear.

The beach became well-known since its appearance in a TV drama and is still visited by location tourists. Those who want to stay longer or over a night, there are several guest houses located just a farther away from the beach. 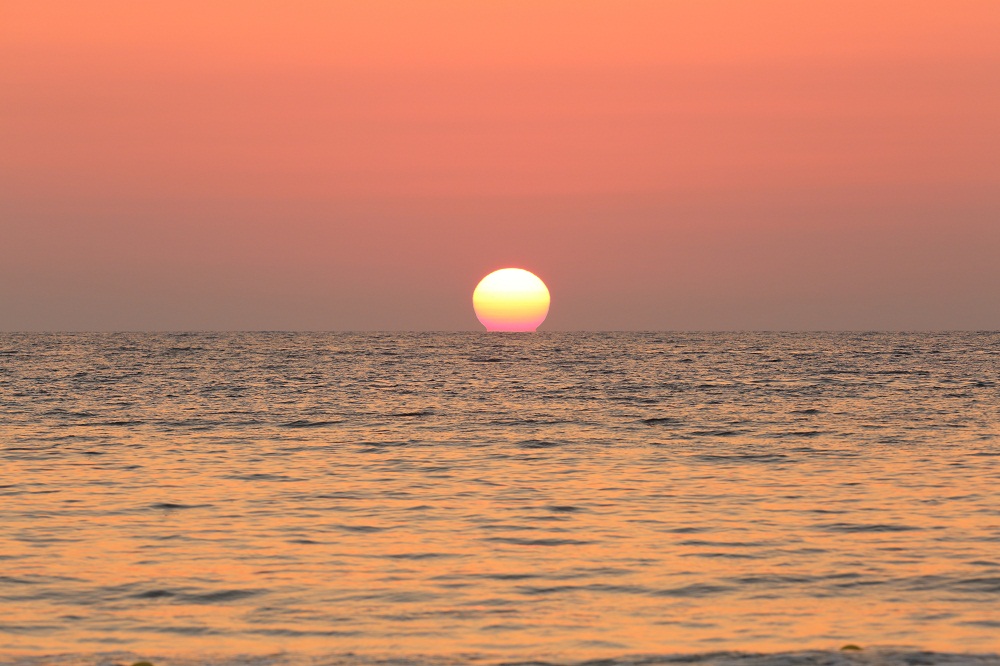