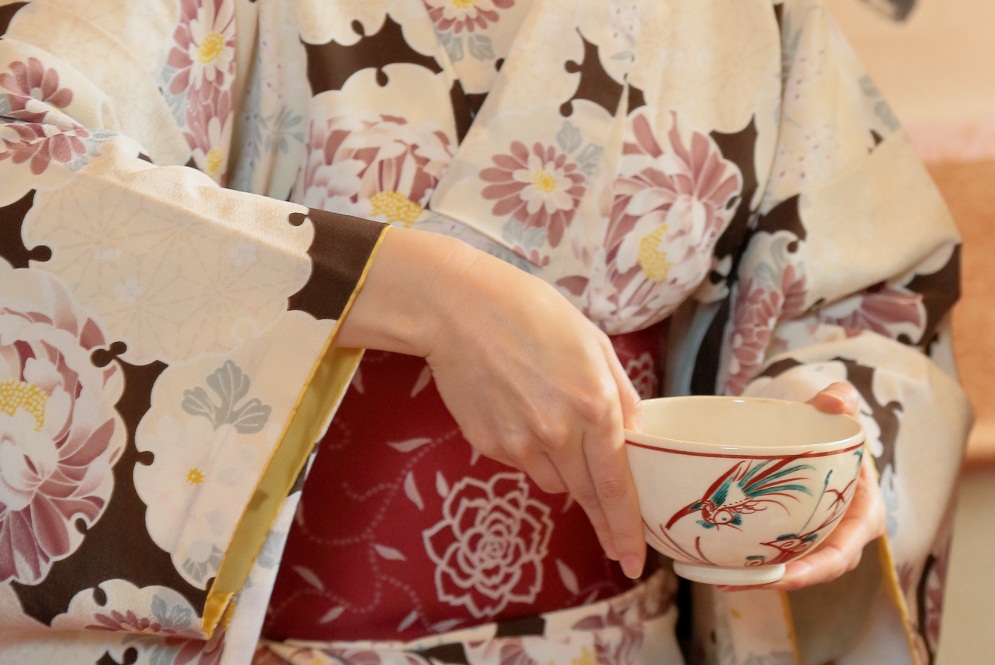 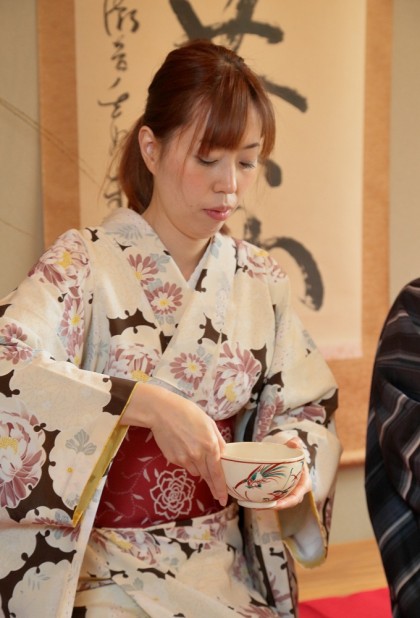 Wearing Japanese traditional clothing called kimono, we experienced a day of traditional Japanese culture in Matsue. This was the second time I wore a kimono. The first time that I wore a kimono, I was living in Japan with a host family and had the opportunity to try on the kimono of an aristocrat that was on display at a kimono museum. Wearing a regular kimono this time was a first for me. If the hanbok, a Korean traditional dress, expresses beauty through the combination of its curved and straight lines, I think you could also say the kimono’s straight lines express a different kind of beauty.

During my experience of wearing kimono for a second time, the most difficult part was when we had to sit seiza-style while experiencing the Japanese tea ceremony. This is because in Korea sitting in that style was a form of being scolded. Other than that does not experience it often, thus not providing an opportunity to get used to it. This time I would like to share my personal experience of Matsue’s tea culture through the Japanese Tea ceremony, also known as sado.

I was able to experience the Japanese tea ceremony at a store called Senchasou, a shop with a long standing and history within Matsue. In sado, there is maccha tea and sencha tea, but generally maccha is the representative tea. We were taught the etiquette of sado such as the steps to make maccha, the proper way to drink tea, and manners for hospitality. Japan’s three biggest schools of sado are the Hyo-Senke, Ura-Senke, and the Mushakoji-Senke. We learned the Ura-Senke school of sado etiquette. 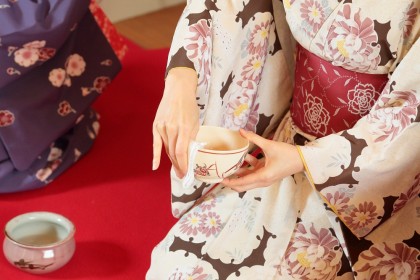 First, we ate Japanese confectionaries while warming the tea bowl with hot water. Maccha has a bit of a bitter taste, so you are supposed to eat the Japanese confectionaries beforehand to balance the bitterness, but I think the tastes combine well. I made the tea to the best of my ability and gave it to my customer. I felt that the practice of having the recipient express their gratitude and respect to the Temae (person who made the tea) made it quite apparent how Japanese culture places great importance on ceremony and courtesy.

Historically, only people of a high social status were able to enjoy maccha, and it is said the time from when the common people were also able to enjoy it was not too long ago. In current times there are not many chances to come in contact with maccha in other regions, but in Matsue, it seems that everyone throughout the city enjoys drinking it. It would not be an exaggeration to say that Harusato Matsudaira, the 7th of the generations of the feudal lords of the Izumo-Matsue domain, existed within this period of time with the spread of Matsue’s tea culture. Also known as Fumaiko, Harusato Matsudaira regularly enjoyed maccha, and afterwards created his own school of sado called the Fumai-school. The teahouse called Meimei-an, which is located near Matsue castle, was used by Fumaiko and continues to use the Fumai style. 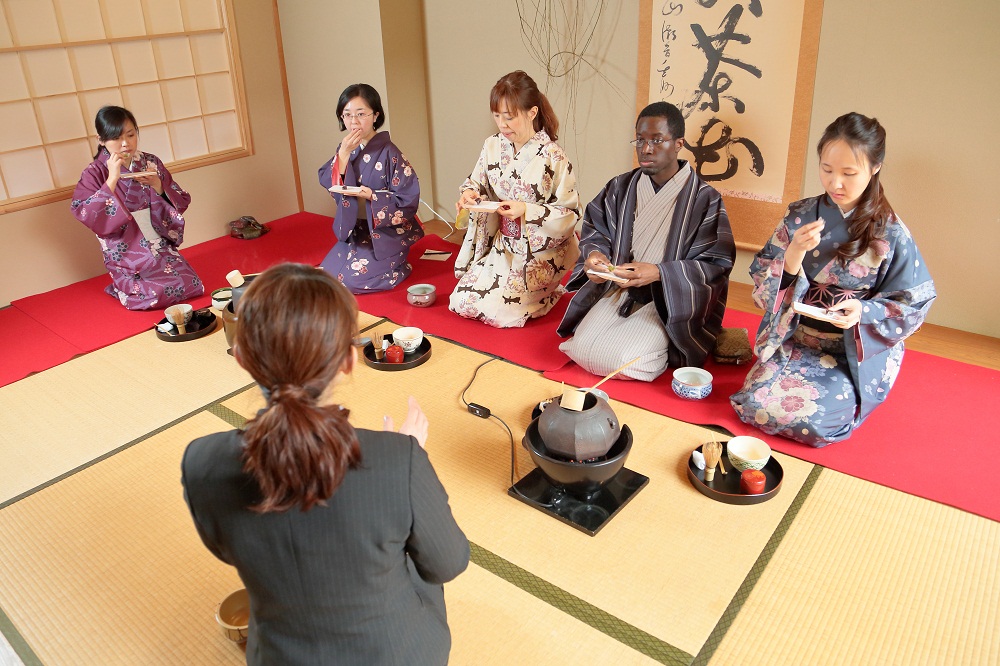 Matsue, the city where the Fumai-school of Japanese tea ceremony was born, holds an annual event called the “Matsue Castle Grand Tea Ceremony.” It is one of Japan’s 3 Grand Tea Ceremonies along with Kyoto’s “Nijou Castle Citizens’ Grand Tea Ceremony” and Kanazawa’s “Kenrokuen Grand Tea Ceremony,” and this a large cultural event is held in autumn. Last year, the event was held on October 4th and 5th and I bought the ticket for the event, hoping to experience the various schools’ styles of tea ceremony. However I went without checking what time the event would end, limiting the stalls I could visit to two. 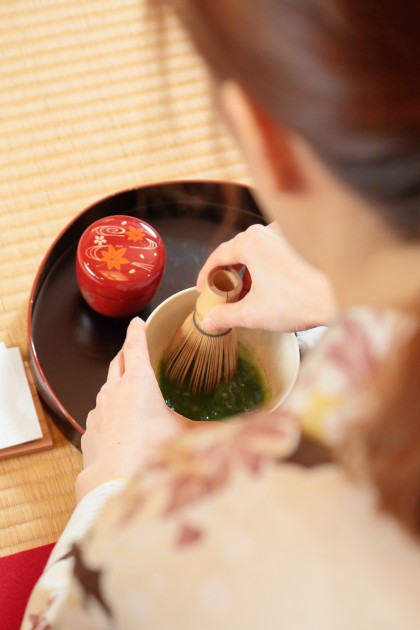 When I went inside one of Matsue’s supermarkets, I was surprised at the size of the Tea section. A variety of teas and even tea tools for sado were displayed for sale. Even though in other regions you would find these kinds of things like tea whisks only in specialized tea stores or department stores, the fact that you could easily buy one at a supermarket in Matsue makes it easy to understand just how deep rooted the tea culture is in Matsue.

This is the tea culture that started from the Fumai-school up until now, spanning about 200 years of history. If you decide to visit Matsue, I believe you’ll find that sado is not that difficult, and that you can enjoy a relaxing experience.

Where to Experience a Tea Ceremony

This web page introduces the remarks and comments written by CIR (Coordinator of International Relations) of Shimane Prefectural Government who experienced tea culture in Matsue.