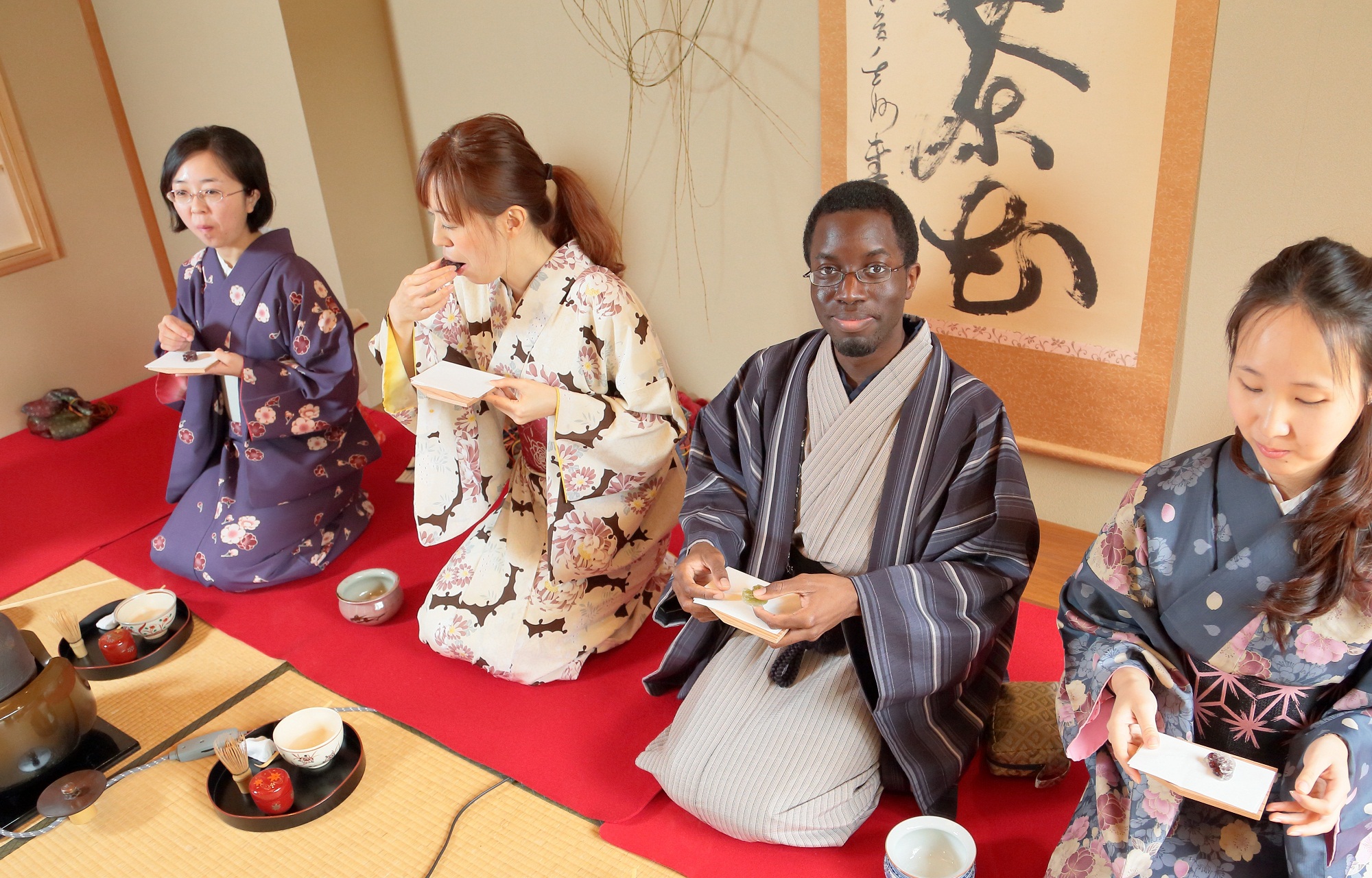 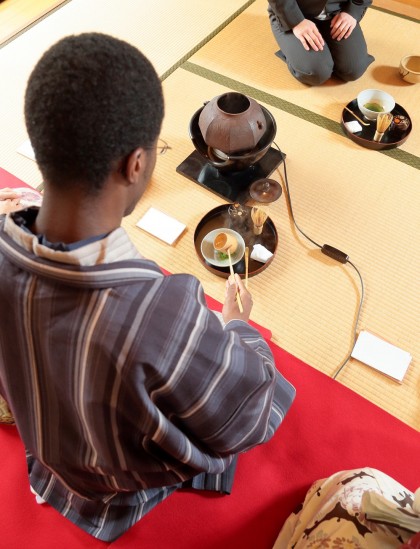 I had never worn a kimono before, but on a cold January morning, I was able to put one on for the first time. I went to Keiyama-go-fuku, located in Matsue city’s Kyomise Shopping District with 4 of my fellow coordinators for international relations to experience traditional Japanese culture while wearing traditional Japanese clothing.

The first thing me and my colleagues did was head to Kageyama-go-fuku to put on our kimono. The main part of the kimono felt like a sort of bathrobe. The obi, or belt of the kimono was wrapped tightly around my hips, and I could feel it straightening my back. The outermost layer is a light jacket type of clothing called the haori (羽織). Instead of buttons, it is held in place by a thick, functional yet decorative rope which is simply called a himo. At first, I was a bit embarrassed to walk outside because even though you would see the occasional Japanese person wearing a kimono, these days it is way more common to see people wearing western clothes. However, I soon got used to having it on. The multiple layers of the kimono helped keep my upper body warm, though my legs and feet which were in old-style straw sandals, were vulnerable to the cold. Though my feet were cold, walking around the shopping district with the kimono was a valuable experience, as the feeling of wearing a kimono was a different kind of formal than even the suits that I was used to wearing. I felt that I walked with my back straight and a strong posture, with the space between the layers and the sleeves accentuating my presence. 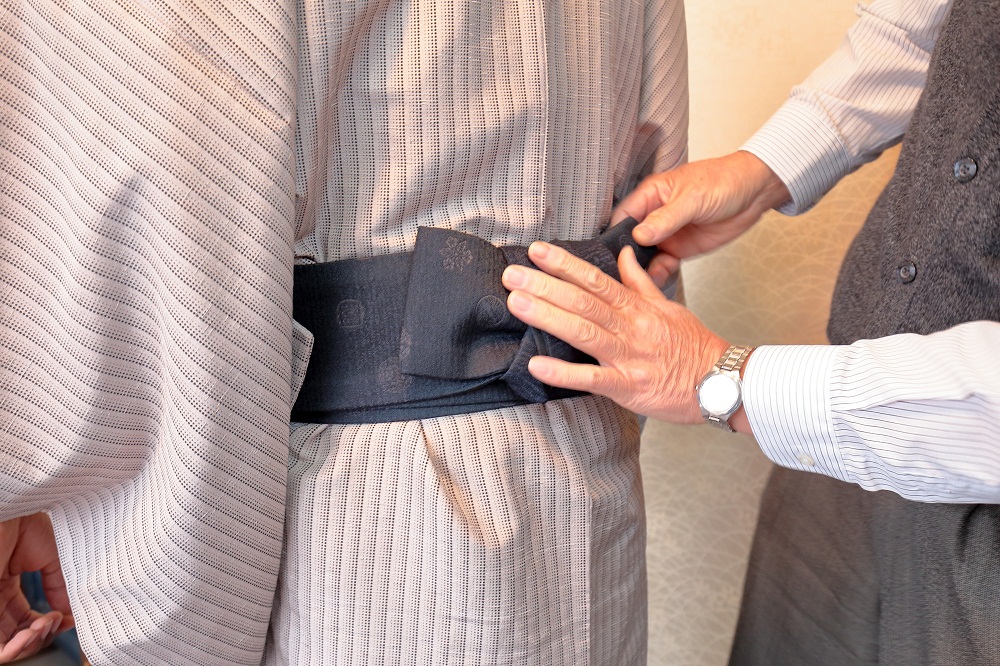