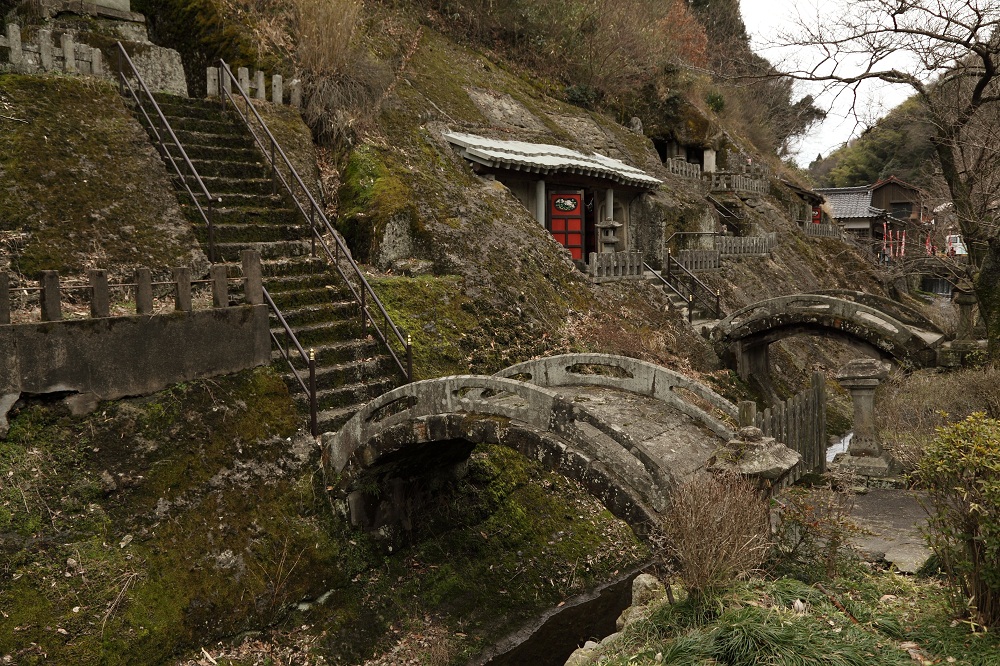 Feel the breathe of old mines. 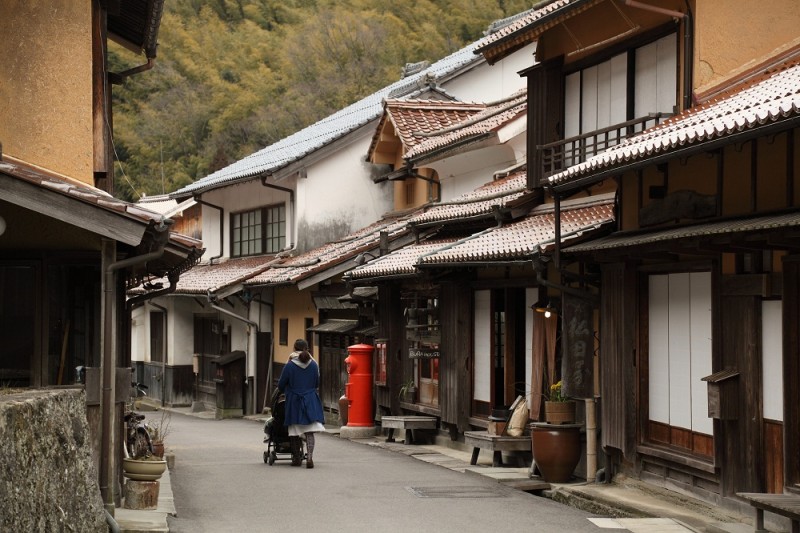 The Iwami Ginzan Silver Mine is an important World Heritage Site. The mine itself was built in 1526 and was the most important mining site in Japan for almost 400 years. During the silver rush in the 16th and 17th century the settlements became larger and expanded to an area of around 300 hectares. In the first half of the 17th century, one third of the world’s silver production came from Japan. There were many struggles for supremacy of the mine and so they built many mountain fortresses and fences with checkpoints, which were protected by samurai. The area is so big that it is really hard to decide where to begin the journey. A really special sight in the Iwami Ginzan area is Omori Town. Today this town has a population of around 450 people and stretches 1,5 km long between the mountains. There are many preserved old houses, samurai residences, shops, shrines, temples and many other sights, which are all worth a visit. The staff of the Tourist Information in Omori Town can speak English and they provide an English audio guide with a big map of the area as well. It is possible to rent bicycles and explore this quiet place on your own. It is really impressive to walk trough the ancient streets along the river and experience the feeling of the old Japan during the silver rush. But not only the town itself is a sight, you should also explore the wild nature around Omori. There are many nice paths, which are mostly easy to walk. While hiking, please be aware of the wild animals. Especially the monkeys are numerous in these forests. What makes the surrounding nature so unique is the existence of many ruins of ancient castles, temples, shrines and settlements in the middle of the forest. They are covered with moss and you can really see how the nature tries to regain its space. There are also many hidden mine shafts and places with an amazing view in the beautiful nature scenery. These things create a mysterious and ancient atmosphere, which let you feel like in a dream. So it is really worth it to visit this secret place in the mountains, if you want to experience this unique sight of Japanese history. Report of Ms.Hong An Doan (from U.S.A) 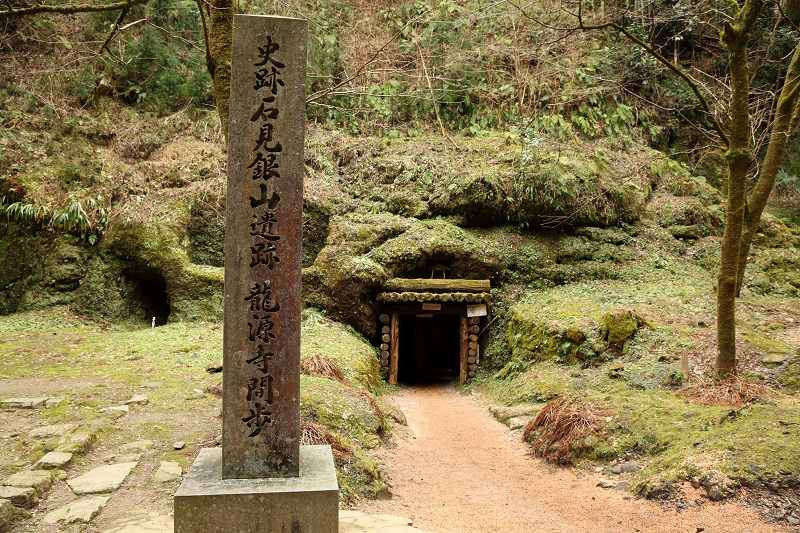 The Ryugenji Mabu Mine Tunnel was one of my favorite sites during the entire Shimane tour.  The small town of Omori and mines are tucked in the valley of the mountains and is surrounded by beauty one can not find in the cities. Though traveling to the mines, may be a trip in itself, the town and mines are well worth the effort.  Before visiting the Mine shafts, tourists may enjoy a traditional Japanese meal in samurai house, or take a tour of the town filled with souvenir and sweet shops. To help guide visitors, the town has provided a visitor information office, equipped with audio English guides to the nearby shops, temples, shrines, castles, and ruins.  If guests prefer to ride a bike to the mine tunnels, they are able to rent electric bicycles for a very reasonable price.  The hike up to the tunnels is not vigorous.
The path runs deep with in the forests, travelers might be surprised to get a glimpse of a monkey rattling from excitement within the trees. The beauty of the mountain is overwhelming.  The various shrines, temples, and ruins along the way display great beauty within the green overtures of the moss and trees.  The history of each sight is delicately preserved. The tunnel itself is an exciting adventure. It takes a good 15 minutes to walk through. Once inside, visitors can really appreciate the miners who worked in the tunnels. Ryugenji Mabu Mine Tunnel is a sight worth seeing. One could spend and entire day there and be delighted and entranced by everything the Omori town has to offer. 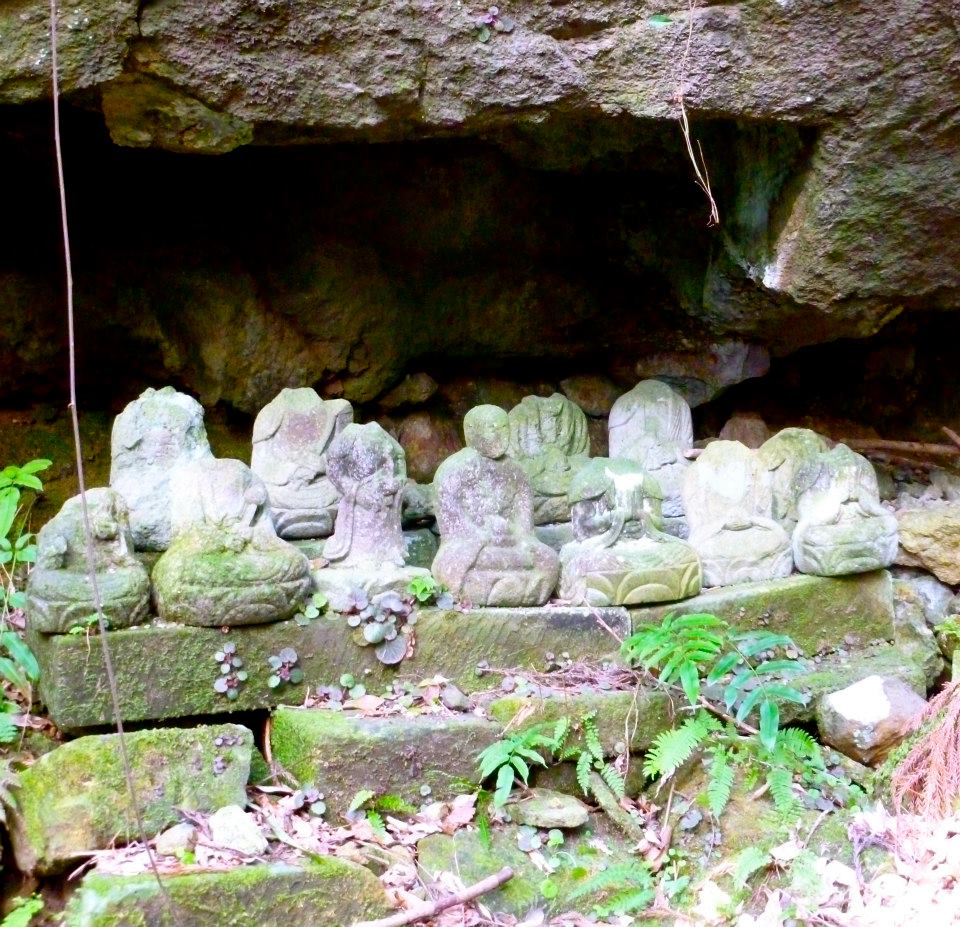 After experiencing this man made art pieces, it is more fascinating to dive into art pieces made by nature. I felt in love with Omori and especially with this amazing small city Oda. I wished we could have stayed longer, because I would like to explore every corner of this interesting place. It was not the mine that had such a deep impact on me, it was this village with its incredible nature. I could have walked for hours in this forest and looked at the ruins. Just imagine walking trough the forest and at some point you notice a huge picturesque stairway covered with moss and at few places overgrown with grass. You climb it. On your way up you meet some small statues of gods or more their remains. They were left, abandoned to their fate of nature. Amazing.
I am fascinated by the idea of combining nature and religion into this one whole. At the top of the stairway one can find ruins of destroyed temples, which were almost taken over by the nature and maybe will disappear completely after few years. An interesting thought. 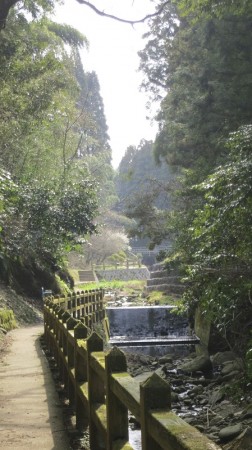 Prior to visiting the mine and mountain itself, we made a quick stop at a history museum, to learn more about the history and composition of the mine itself to better understand the site upon arrival. The museum has a number of Ipads available with English translations of the exhibit descriptions in the museum.  Our next stop was Omori, an old mining town at the foot of the mountain with a population of around 500, the structure of the village itself has remained largely unchanged since it was established several centuries ago. From the information centre, one may take a bicycle to ride up the road or take the scenic mountain route, which winds through some of the forest along the mountain. If you have time, I recommend taking the walking route! There are a number of graves, ruins and temples along the route, which you can explore making the walk to the mine itself is a pleasure. You may even encounter some of the monkeys that live in the forest along the way!  English audio guides are available from the information booth in the town.At the end of the trail, visitors may enter a part of the mineshaft. Along the tunnel there are a number of offshoots to other smaller tunnels until the route veers off and up to the exit.  Although the mine shaft itself is quite short, the walk up the path and the hidden ruins and beautiful scenery make the trip worthwhile. 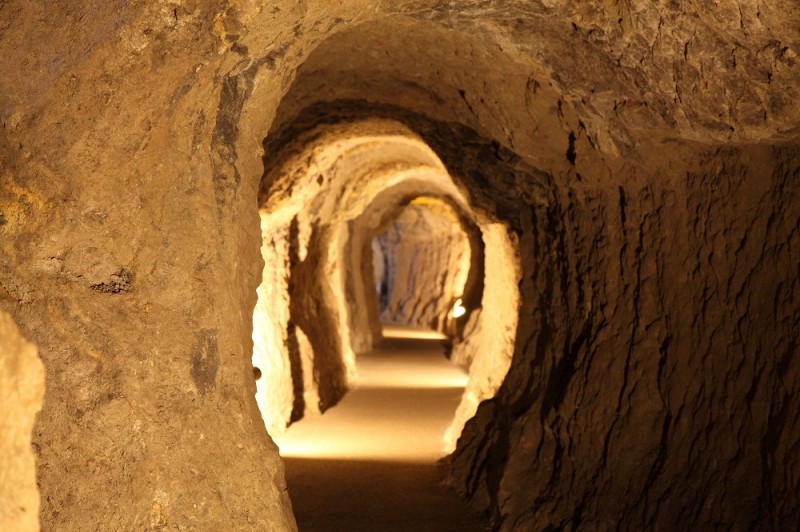