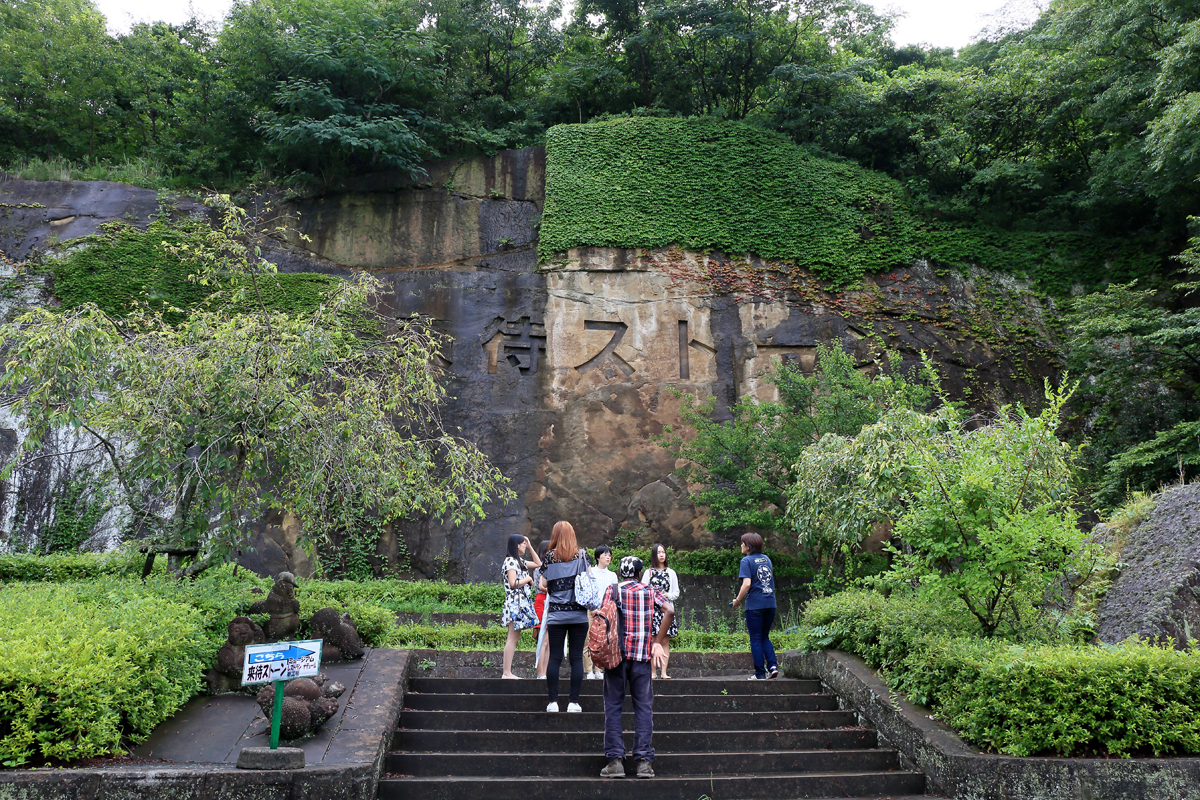 Kimachi Stone Museum and the Stone that Lives with Nature

If you visit Japan you will see many things made out of stone, such as the stairs and guardian lion-dogs at Shinto shrines that are called komainu, bases of pillars and lanterns found within gardens. In Shimane Prefecture, you will find that many traditional things are made from a stone that can only be found in the Kimachi district of the Shinji area of Matsue. It is called kimachi stone, a somewhat white-colored stone that is softer and easier to carve than other types of stone. Though a year has passed since I first arrived in Shimane, I only recently found about kimachi stone and had the chance to learn more about it. 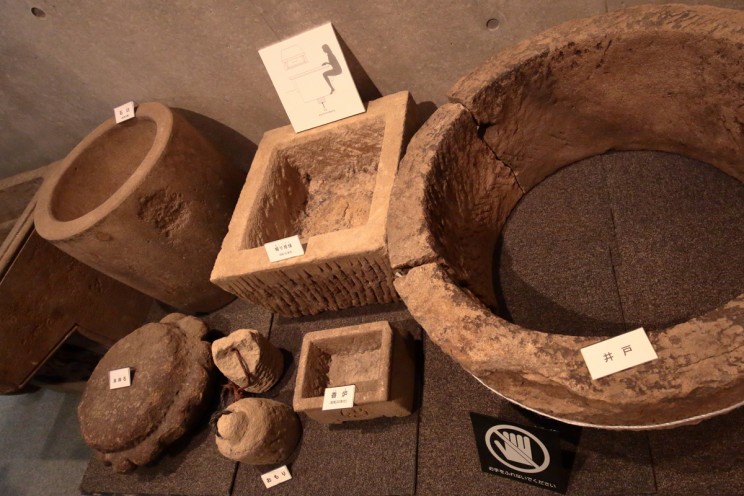 What are its characteristics, why do Japanese people put it in places where god are said to reside, why do they place it in their gardens as decorations; these are the kind of questions that pique my curiosity. I was able to learn about the origin of kimachi stone, the quarrying process and how it has been used at the Kimachi Stone Museum. Outside of the museum there are many stone statues of tanuki that stand to welcome visitors, and inside the museum the modern facilities tell of kimachi stone’s old history.

So, when and how did kimachi stone first appear? It is a story of what happened 14 million years ago. After the eruption of a volcano, the ashes fell into the nearby sea, mixing with the sand and water. As time passed, the area that was once the sea became the land and mountains due to the decreased sea level, and humans discovered the stone. 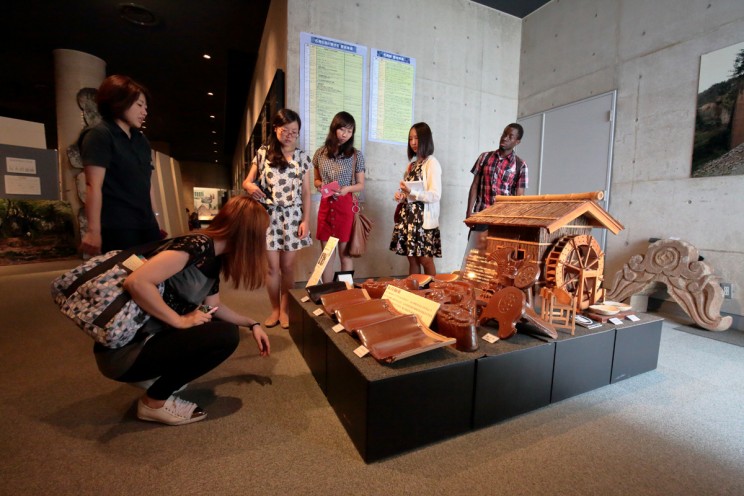 Kimachi stone is sturdy, has a minimal amount of quartz, and has many gaps within the stone. It is said that these characteristics allow the stone to absorb moisture, keeping the humidity of a room a moderate level. In other words, it is a very efficient stone. However, its ability to easily take in moisture also means that it is easy for moss to grow and easily breaks down due to exposure to wind and rain. Why do Japanese people still place it outside if they know this? I wouldn’t want my things to break, but there was a simple reason that also explains about a characteristic of Japanese people. Whatever is made from kimachi stone is a part of nature. Japanese people feel a certain affinity towards the kimachi stone being wrapped by the moss and returning to the soil, and it is an expression of Japanese culture. Kimachi stone completely turns into sand and returns to the soil in a physical sense; an “eco-stone” that does not contaminate nature. The Japanese people call this phenomenon “wabisabi.”

Even though this stone can only be collected at one location in Shimane Prefecture, there is an abundance of it and it is not expensive. However, as the number of traditional Japanese gardens continues to decrease, the demand for kimachi stone also decreasing. 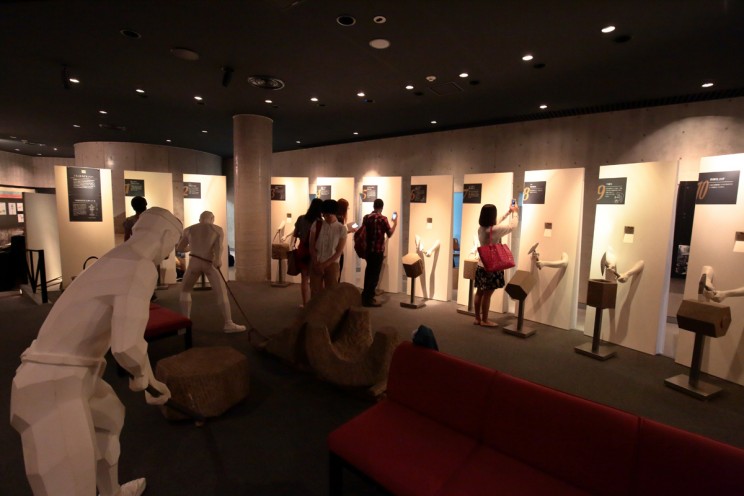 You can find more answers to your questions at Kimachi Stone Museum. I was impressed that there are mountains from which you can collect kimachi stone in the area right outside of the museum, and while hearing about the old quarry path from long ago, I was able to imagine the hard work that must have been done to collect the stone. The area outside the museum building is quite large and surrounded by kimachi stone, thus weddings are often held there. After learning about the interesting history and culture of kimachi stone, I was able to make carve my own picture into the stone at the nearby workshop and eat at a delicious French restaurant also located in the museum, ending a fun and fulfilling experience at the Kimachi Stone Museum. 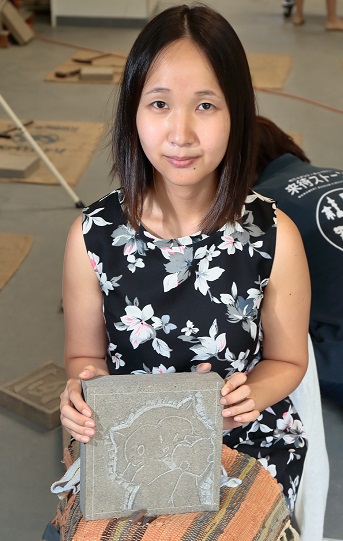