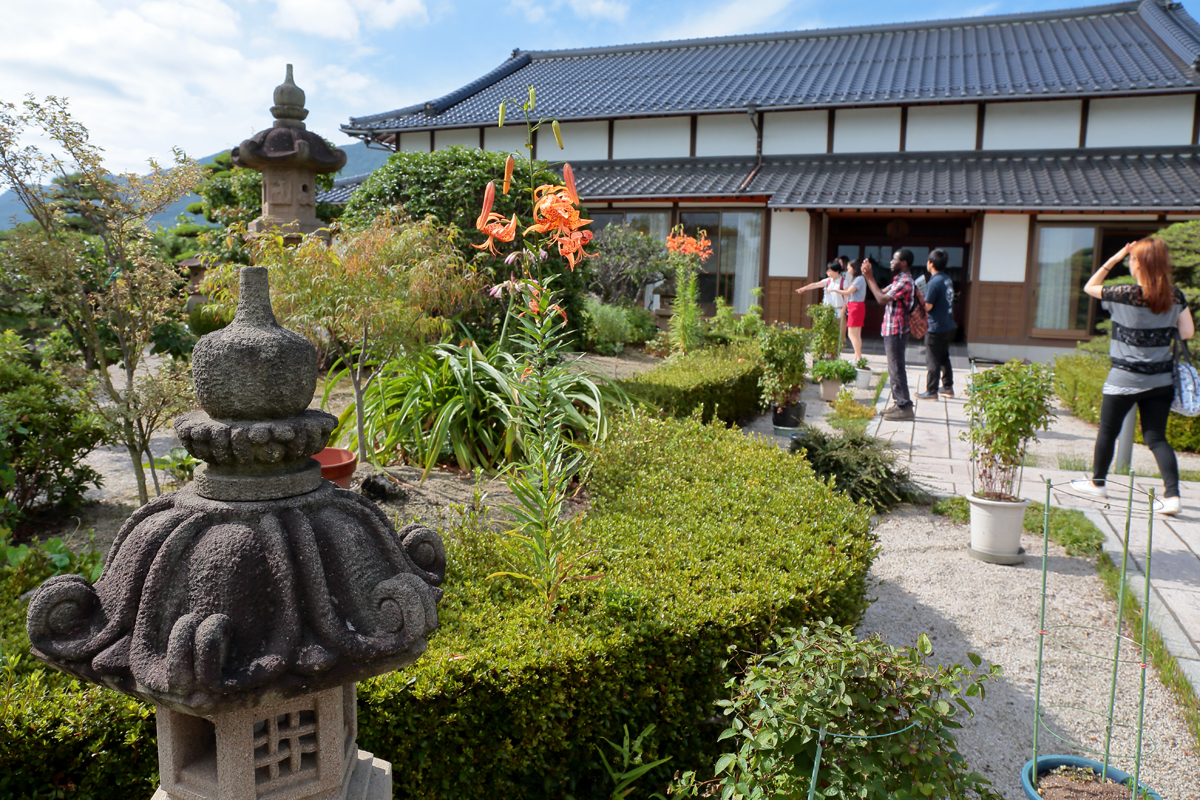 The Connection between Kimachi Stone and the Home

Kimachi stone, which can only be collected from the Matsue city’s Kimachi district near Shinji lake, is a special sandstone that is made up of volcanic ash and sand that had hardened over time. It has a history of being used within people’s daily lives since ancient times. In the Edo period, the castle lord recognized its value and its connection with the local residences deepened. From the Meiji era until present day, the stone works made from kimachi stone especially have been regarded as a necessity in landscape gardening, interior decoration, and more throughout all of Japan. 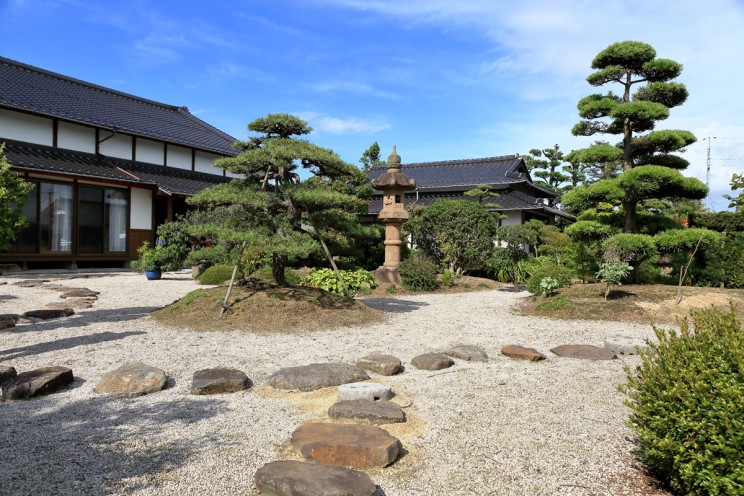 In order to understand the special relationship between kimachi stone and the home, we visited a local residence in Izumo city. To my surprise, two giant cubes of kimachi stone, each about 2 meters tall, stood on each side of the entrance. I thought it was quite interesting so I asked why the stones were placed there. Originally, there had been two Japanese pine trees that were planted where the stones now stood. However, as time progressed, the trees withered and died. As a result, as well as a way to celebrate the couple’s 77th birthday, the two stones, which would last for a long time, were placed there to decorate their home. 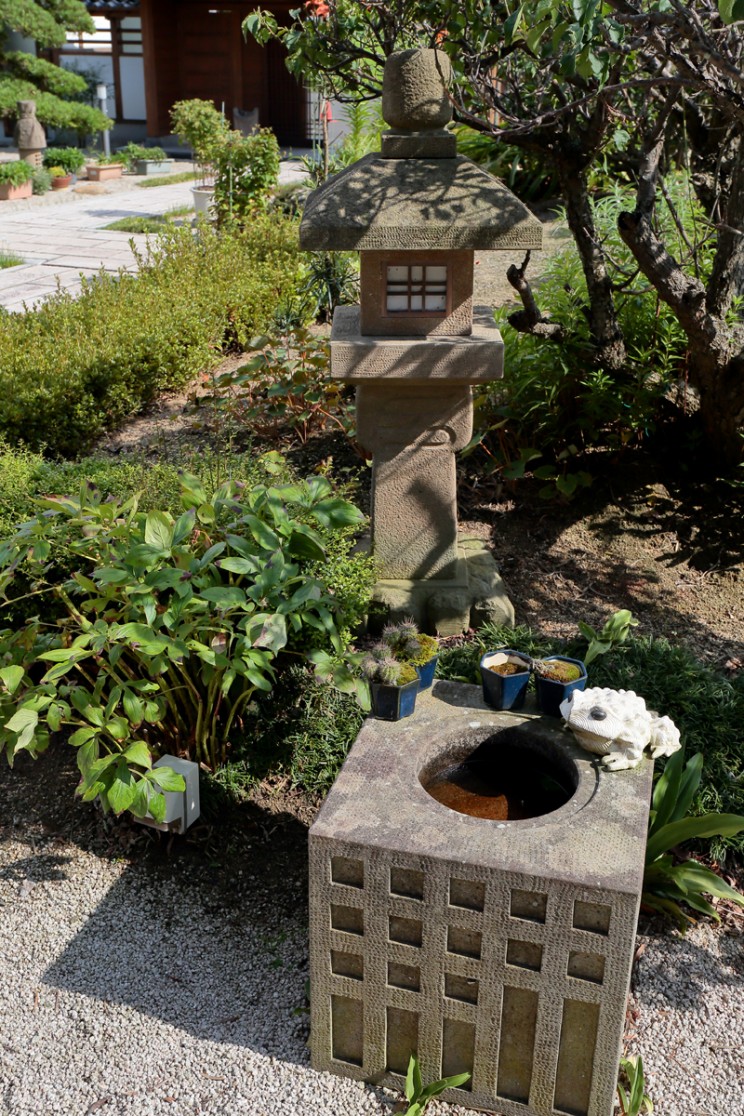 When we entered their home, the sight of their beautiful Japanese garden entered our view. The nationally designated traditional craftwork, the Izumo stone lantern, especially caught our attention. It is said that the origins of the Izumo stone lantern reach as far back as the Nara period. There garden was adorned with ten lanterns, attributing a suitable sense of balance. From the tall five-storied pagoda and traditional lantern shapes such as the Yukimi (a low lantern for reflecting light on water’s surface) and Haruhi (a tall lantern commonly found at temples and shrines), to the new changeable six part pedestal, which is the main part of the lantern, there are many different forms. They exist as indispensable works of art that become one with the trees, flowers, and grass, and sustain the beauty of the Japanese garden. Furthermore because of their high moisture absorption rate, moss grows quickly and easily, giving it a property that harmonizes with nature and a highly refined elegance. Along with the passage of time, the kimachi stone lanterns will become covered in moss, and due to the softness of the stone, it will become round, small, and finally return to nature. This makes people feel the sense of “wabi-sabi,” and is another reason why it gained popularity.

Other than lanterns, there were also kimachi stone works in the form of small sized basins (for washing one’s hands) and old-style stone stoves called kamado, and there are also residences that house the gravestones of their ancestors in a corner of their gardens which are also made of kimachi stone. In this way, kimachi stone was used in every aspect of daily life, and thus had a big role in people’s everyday lives.

Kimachi stone can also be called an “eco-stone.” The loose particles and scraps from carving the stone are collected and is melted into a glaze at above 1300°Celsius. The glaze is donated, and is used to make the unique, red-colored sekishu roof tiles, which are resistant to fire and freezing temperatures. Iwami Ginzan, where you can see many of the roof tiles, and its historic and scenic view is also registered as a world heritage site. There is no mistake that the beautiful red roof-tiles contribute greatly to the scenery. 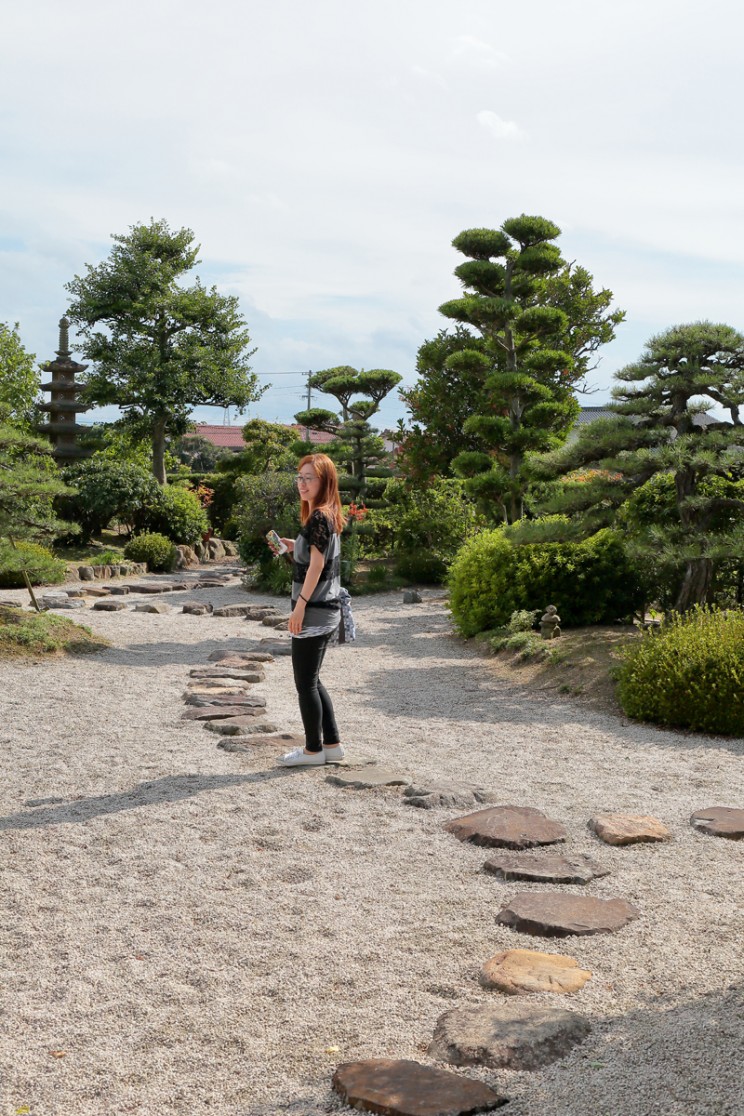 Today, people involved with kimachi stone are working hard to preserve, promote, and spread knowledge overseas about the culture of kimachi stone. They are even making efforts to craft works of art that instill a new sensation into traditional designs. 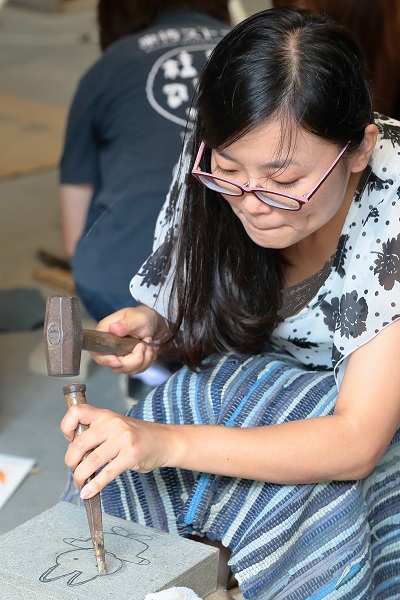