=Report= A peaceful ride along the moat around the castle. 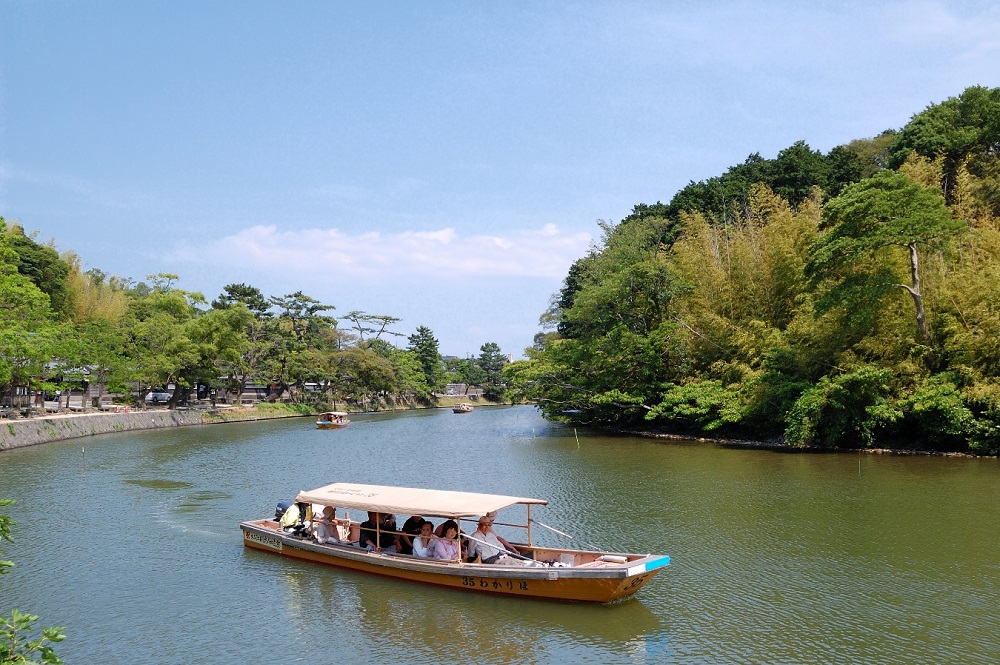 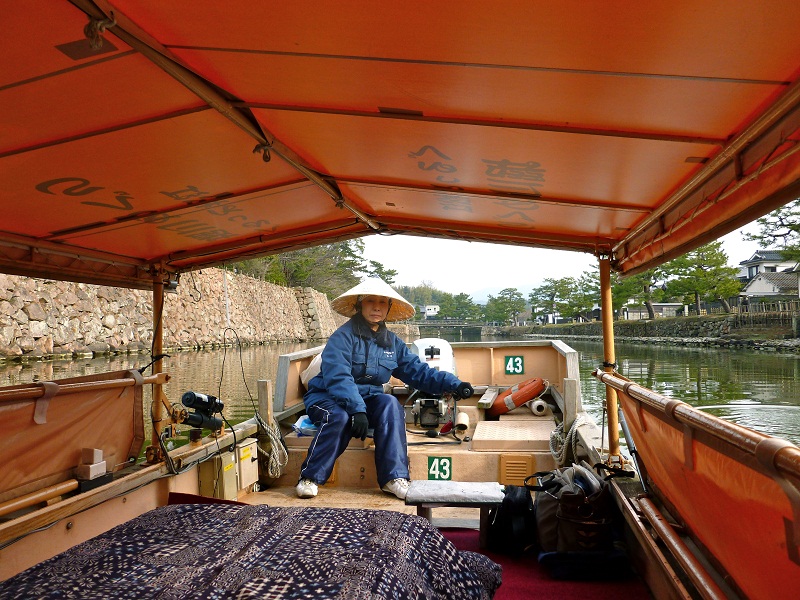 The Horikawa Sightseeing Boat is the best way to not only enjoy a beautiful view of Matsue Castle but to also relax and learn about the great history that lies on the canals’ shores. My friend and I arrived at the boat that we took our sightseeing tour on, around 9:30 AM. The people working at the Horikawa Sightseeing Boats were all very kind and greeted us with warm welcomes. We were lucky enough to be the only two people taking the tour at the time so we got the boat all to ourselves. Our boat driver was a very nice lady. She pointed out places for us to visit, taught us some simple Japanese phrases and sang a beautiful Japanese song for us. When we could not understand what she was saying she would turn on an audio that would explain the history behind some of the buildings that rested on the canal shores.

The Boat goes all around the Matsue castle and it really is a peaceful and relaxing experience but you won’t get too bored because the boats awning occasionally lowers to go under a few very low bridges. The lowering of the boats awning was one of my favorite parts of the ride. I think children would find this quite fun. Other than the beautiful views of Matsue Castle and other sites that are rich with history, on a sunny day boat goers can spot several turtles basking in the sun. 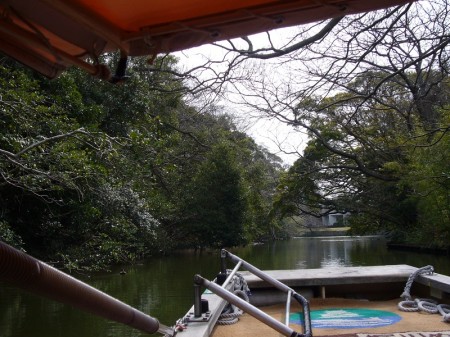 We took the boat from Matsue castle till Kyomise Karakoro Square.
It was a small boat (even with one of those heated blankets) with a really nice driver, however he spoke only Japanese, so it was rather difficult to understand the historical background of the area which we passed through. But never the less, I actually did not mind this, because I was totally captured by the nature, the surroundings, the houses, the bridges and the silence and this incredible spirit of peace. At one point, the driver had to lower the boat roof in order to pass one of the bridges, because it was really low. So we were almost lying in the boot, which was kind of fun. And as we passed a really wide bridge, the driver stopped underneath it and began to sing this traditional Japanese song and the echo of his voice surrounded us. It was great!

On this boat, you will sail gently ride along the moat around the castle, viewing several major sites and attractions in the comfort of a kotatsu. The boat also passes under several bridges and at some points the awnings of the boat have to be lowered!

Recommended from Hong An D (US)

The Horikawa Sightseeing Boat is a great way to start off a trip around the Matsue Castle. The people who drive the boats are very kind. They tell you about the surrounding area and visitor attractions. They also sing beautiful traditional songs that would typically be sung in the old days in Matsue. The boat ride gives you a good idea of where to visit. From the moat you can see the Samuai houses, the Lafcadio Hearn residents, and the Matsue History Museum. 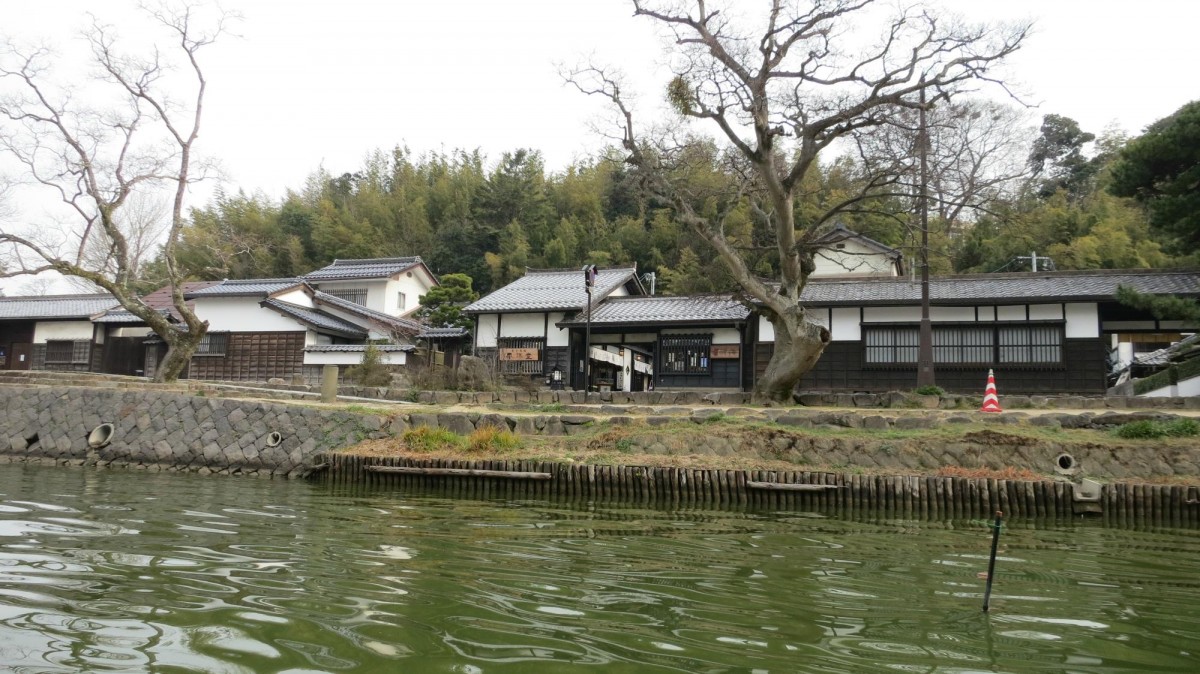