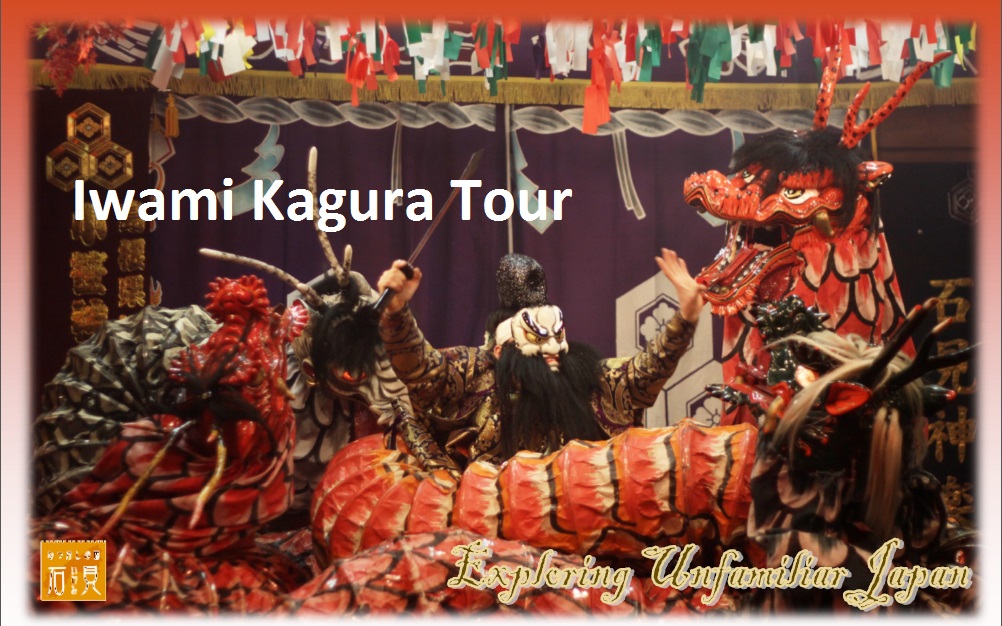 Enjoy a one-of-a-kind, traditional Japanese performance at an old shrine.

Specific to western Shimane, “Iwami Kagura” is a traditional Japanese performance which is performed at local shrines. Being a part of the daily life of locals, the shrines they perform at are not always the most easily accessible for tourists. But with this Iwami Kagura Tour promotion, you are able to watch a traditional Iwami Kagura performance. The tour will take you to Sanku Shrine in Hamada City via private taxi at an affordable price. Participants may also try on costumes and take pictures with the performers! With transportation taken care of, just sit back and relax and enjoy the heart pounding performance. 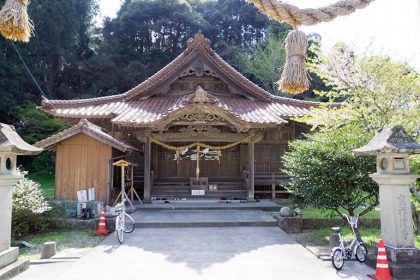 ↓↓ One of the Iwami Kagura performance at Sanku Shrine. ↓↓

A private driver will pick participants up at hotel.
Tours will generally be accompanied by a Japanese-speaking driver.
Admission fee is included. (Participants may also try on costumes and take pictures with the performers)

■Application deadline : one day prior to tour

For more detailed information regarding the tour, please see the pamphlet below.

● You can use Japan Rail Pass on JR highway buses between Hiroshima – Hamada  (2~2.5h)