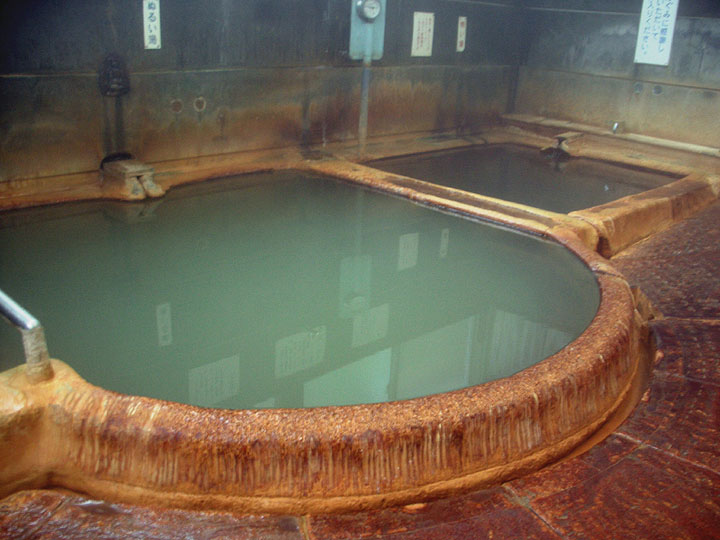 Yunotsu Onsen, which is known for its therapeutic effects, is located in a small town in Oda City, central Shimane Prefecture. Yunotsu, of the coast of the Sea of Japan, used to be known as a port town. Until the beginning of the 17th century, it played an important role  in shipping silver which was mined at the UNESCO World Heritage Site, the ‘Iwami Ginzan Silver Mine’. In 2007, Yunotsu was designated as a part of the “World Heritage Iwami Ginzan Silver Mine and its Cultural Landscape”. Ryokans, Japanese style inns, and shops line the streets and visitors can soak up the tranquil atmosphere of a town with such a long history. 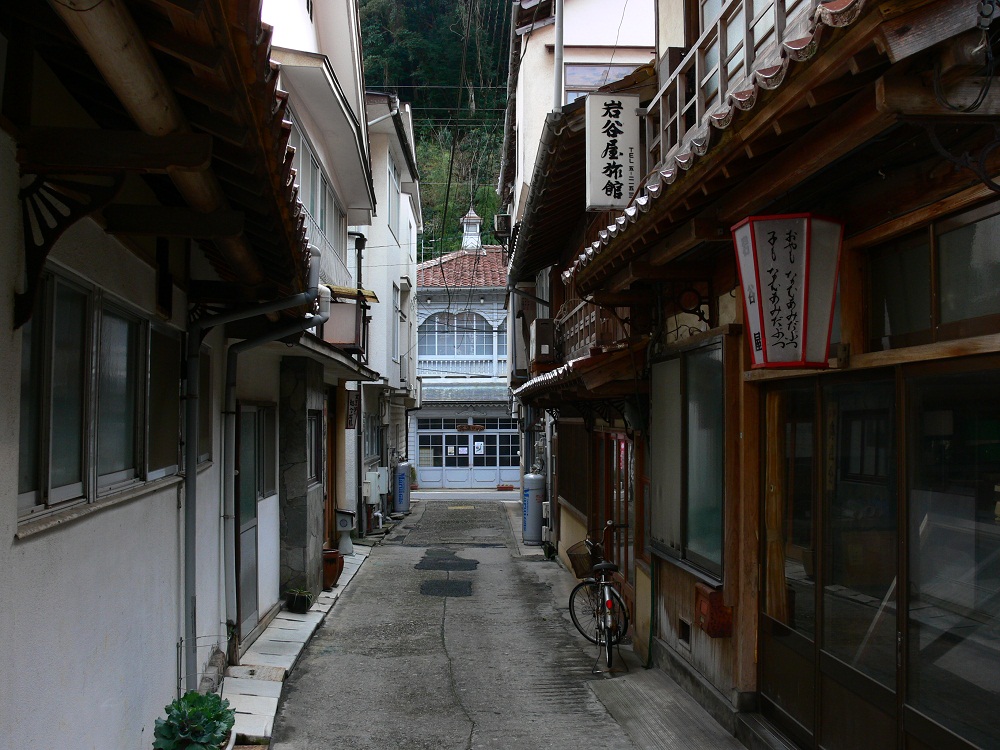 Public Bath Houses
There are two public bathhouses in the town, both of which use the natural spring water that flows nearby. The water leave mineral deposits around the baths (called ‘Yunohana’ in Japanese, which means sulphur flowers’).

The temperature of the water is high, so it is recommended for guests to enter the bath repeatedly and soak short periods of time. 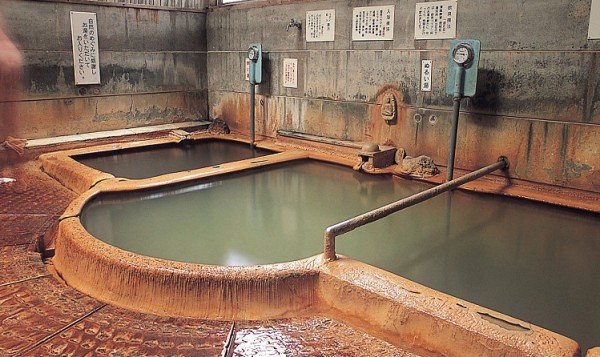 Visitors to Motoyu, one of the two public baths in Yunotsu, are welcomed by a statue of a raccoon.
More than 1300 years ago, deep in the forest, it is said that a monk found an injured raccoon splashing spring water over and healed itself. Seeing this, the monk became certain that the spring water had therapeutic effects.This raccoon has become a symbol of Motoyu, and visitors are welcomed by an ornament of it at the front entrance.
Motoyu has three baths and the temperature of the water in each tub is slightly different, so it’s a good idea to check the temperature before getting in.
You may be surprised to find a lot of personal bathing items kept on shelves. Most of them belong to the locals; it can tell us how Motoyu is loved. 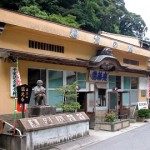 Yakushiyu’s spring was created by an earthquake about 240 years ago. The hot spring water, which has the highest possible five star rating, changes color from clear to reddish-brown upon contact with the air, and the color varies by season and time.
The retro building is loved as a symbol of the town. Visitors can take a rest on the 2nd and 3rd floors. The annex and, former main building is used as a café and a gallery. 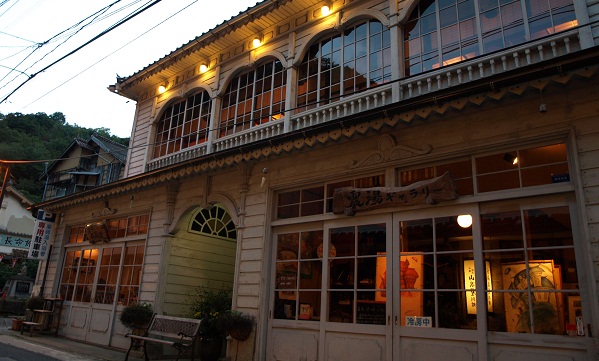 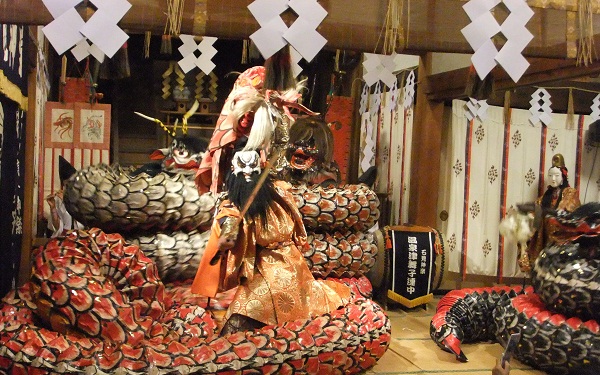 Access to Yunotsu Onsen
Nearest Station : JR Yunotsu Sta.( JR Sanin Mainline)
⇒Search route and timetable of on JR WEST (*Please fill in ” Yunotsu” on the destination station blank.)
From Yunotsu Sta. it is 7 minutes by bus, or 15~20 minutes of walk to get to the Yunotsu Onsen Area.