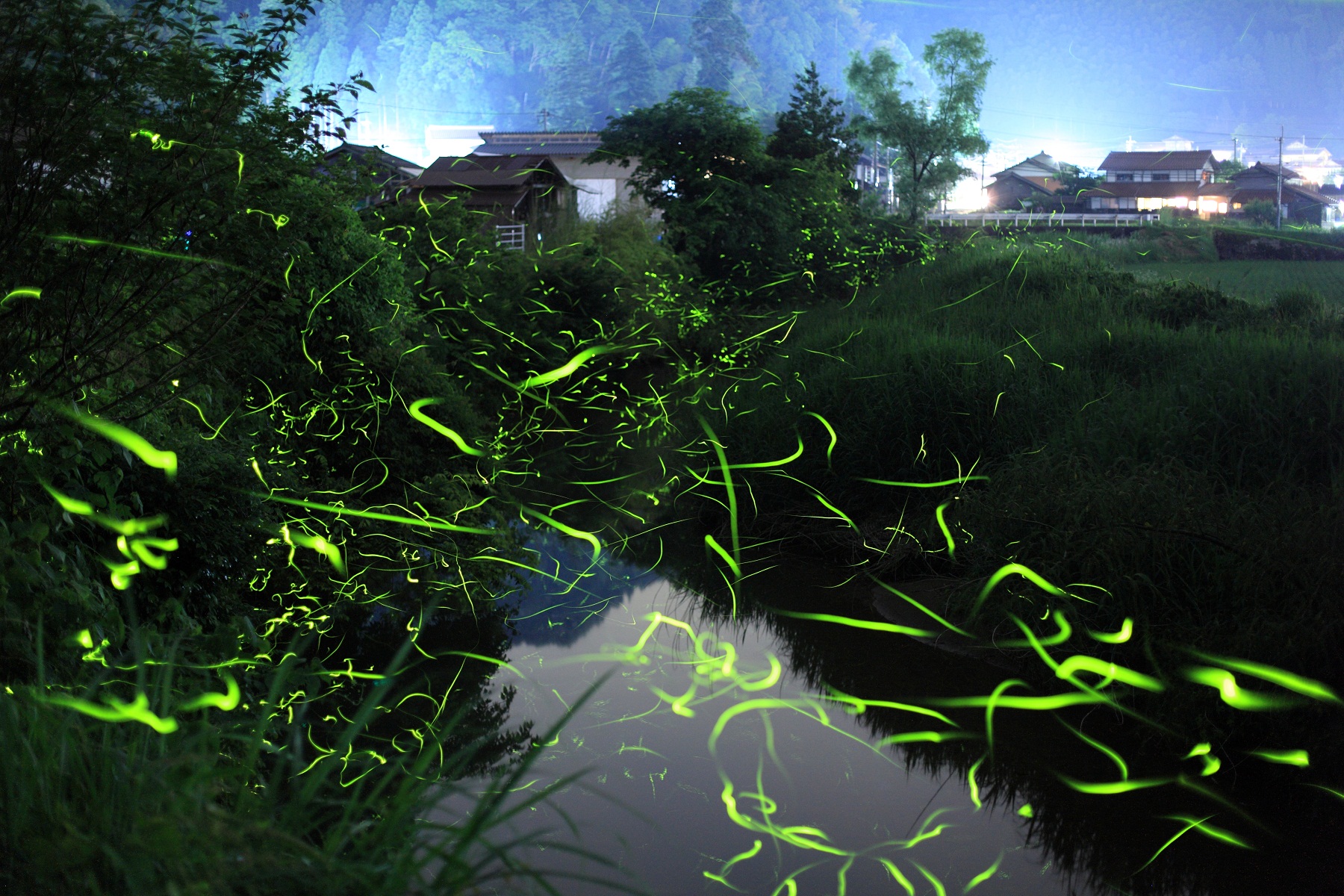 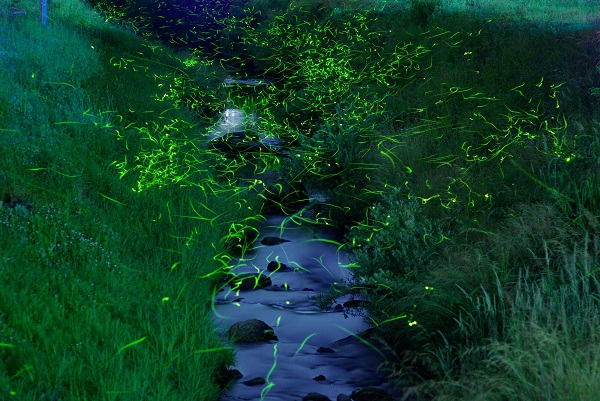 In Japan, a popular activity during the evenings of early summer is watching fireflies. ‘Hotaru-gari’ as its called in Japanese literally means “to catch fireflies”. However, it means enjoying the fireflies as the fly around lighting up the dark.

Every year, around the same time, they surprise me by visiting my garden telling me the season has begun . I love watching their reflection on the surface of the calm rivers and rice fields filled with water as the fly above. And some of them fly so close to me as if they know I’m watching them. 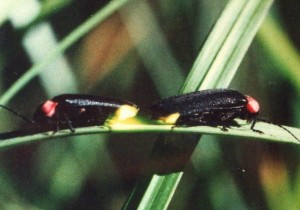 Among the fifty species of fireflies that can be found in Japan only some of them have luminous bodies. Luciola cruciate and Luciola lateralis are the popular, and spend their larval stage in the water. Once matured, their sole purpose is to find a mating partner in order to carry on the species.They only live for one or two weeks after maturing from a year-long larval stage. They use their glow to find their partners, male fireflies glow strongly to find female fireflies, and female fireflies glow weak and wait for male to approach.

How to enjoy watching the fireflies

The fireflies can usually be seen from the mid-June to the early July. To appear, they need gently flowing, clean water, no wind, and a humid environment.
Their numbers usually peak between 8PM and 9PM. Don’t forget to carry flashlights to see where your going, but beware because fireflies are sensitive to lights so please do not disturb them with strong lights like camera flashes , or car headlights. 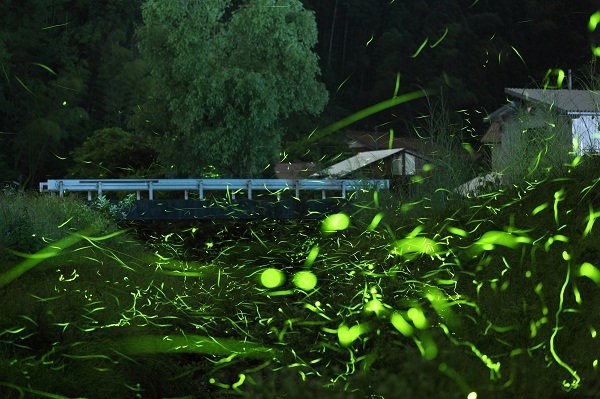 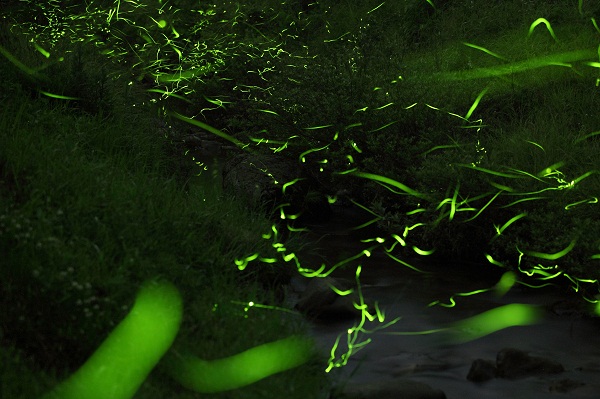 Due to pollution, clean environments that fireflies live at have been decreasing, but luckily in Shimane there are still plenty of clean streams and places fireflies can call home. If you quietly look around in the dark, you are certain to find them all over Shimane, including at these recommended firefly-viewing spots.