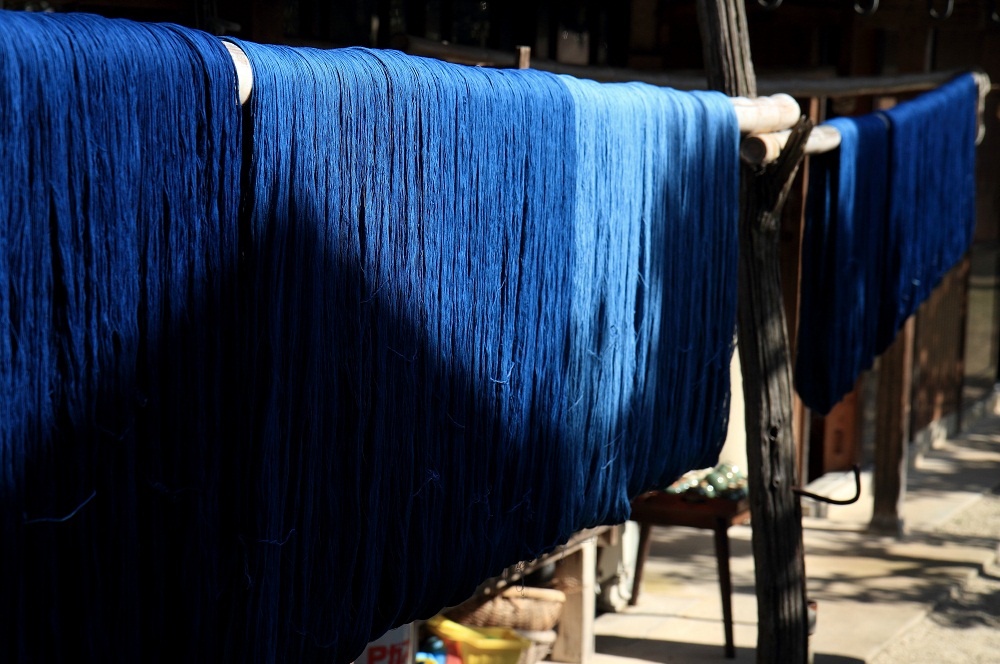 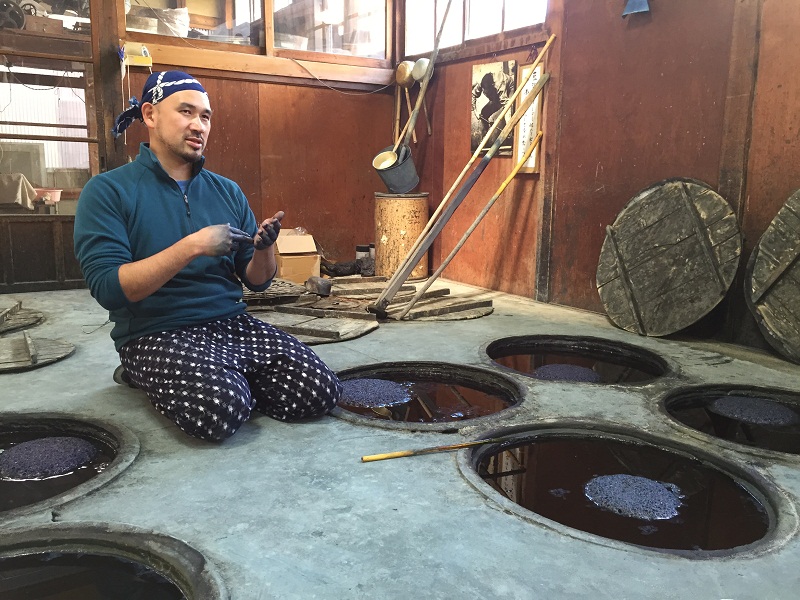 When I arrived at Amano Kouya with my colleagues one of the first things that I noticed was the deep indigo color of the fingertips and nails of Mr. Hisashi Amano, the successor to the line of traditional Japanese indigo-dyeing and our speaker for the afternoon. As we were lead inside we walked past rows of old machines. Though a quiet room, the machines and hanging threads spoke volumes about the amount of history and culture that was fostered in this facility. Mr. Amano led us to a room with a very peculiar smell. It was the smell of the indigo dye, and in this room was a platform which had holes filled with the liquid dye. 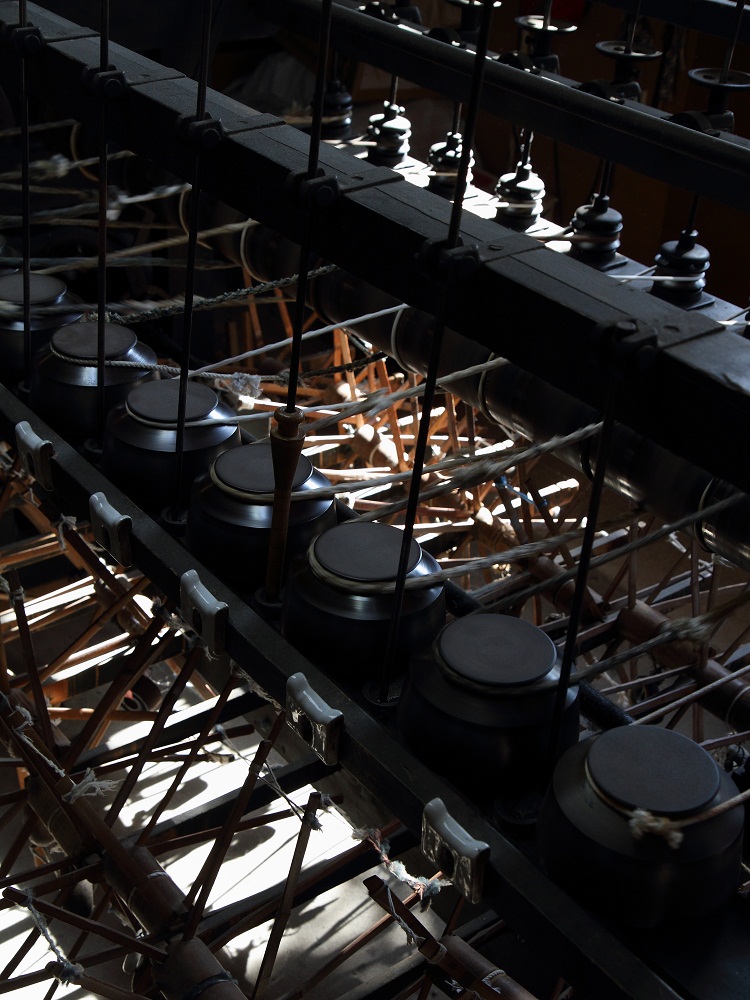 When dyeing thread, the basic process is that the particles in the dye cling to the thread, and repeated dipping produces a deeper blue color. The indigo color is the traditional color for Japanese clothing and dyes, and the producing interesting patterns and designs requires much skill. Seeing how Hirose Dye was implemented in products such as the intricate and beautiful patterns on a Temari, a ball shaped ornament also only found in Matsue, made from Japanese paper. Seeing the patterns and the passion that Mr. Amano had for his work, I began to see the true cultural value of Hirose Dye.

After visiting the workshop, we learned traditional methods of weaving dyed threads and fabrics. Part of the process of creating a pattern or design is to spread out the undyed thread across a large board like tool with pegs sticking outward at the sides. Once this is done small strips of tape are wrapped around certain parts of the thread. After this is done, the thread is removed from the tool and dipped in the dye. This results in certain parts of the thread being left with no dye absorbed, thus creating a pattern or design of indigo and white. One of the kind women there let us see the tools used to design the patterns. One method of planning a design is to draw it with pencil first and then deciding which parts will be lighter and darker. Though a simple concept, placing the tape and arranging the thread on the board so that the resulting pattern matches the original design is a very delicate and complex process that left me impressed with the skill and precision needed to complete a work.

After seeing and learning more about Hirose Dye, I can no longer see those products the same way. More than a piece of indigo-dyed fabric, these are works of art with a deep and rich connection to Japanese traditional culture.

This web page introduces the remarks and comments written by CIR (Coordinator of International Relations) of Shimane Prefectural Government.