The observation deck on the summit commands stunning views

Mount Akahage is located in the western part of Chiburi Jima (Chiburi Island). It has an observation deck at its 325-meter high summit. From here, it is possible to see islands that rise from the water to form a large caldera – a rare sight even worldwide – as well as Shimane Peninsula and Mount Daisen in the distance. A large number of cattle graze in the vicinity. In the past, a method of rotational farming known as makihata was employed here, and it is possible to glimpse vestiges of that era even now in the form of stone walls known as myogaki. 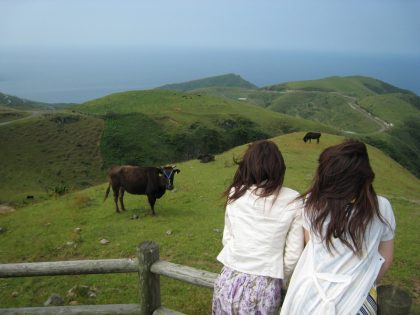 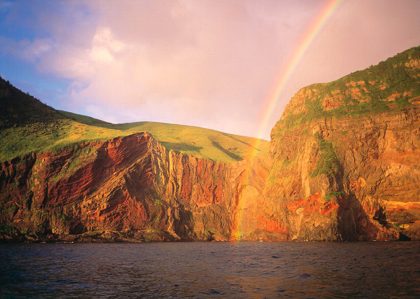