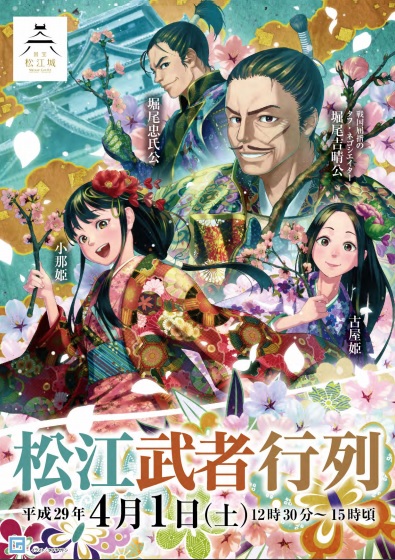 As winter comes to an end, the beginning of spring is marked with the blossoming of sakura. On April 1st  2017, Matsue will be full of brave samurai, princesses, and of course the founder of Matsue. Watch as citizens dress up in elaborate costumes and parade around Matsue as they once did long ago. Meet some of the most influential people of Matsue from 400 years ago, as they make an appearance in this annual event. 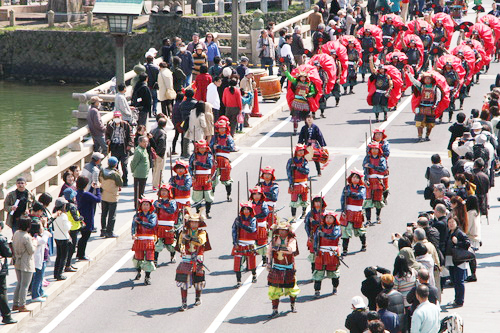 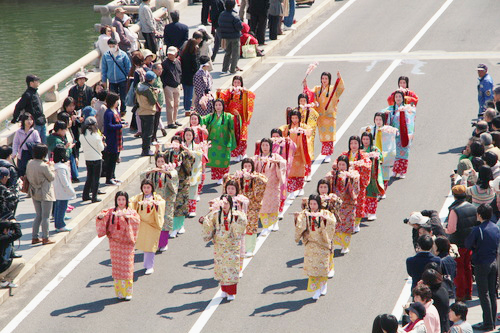 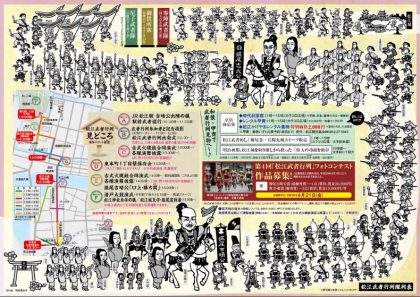 Kukedo Taiko Demonstration
When: After the Warrior Parade

Visiting Ceremony to Matsue Shrine/ Lord Yoshiharu’s Return to Matsue Castle
When: After the Warrior Parade

Watch this promotional video about Samurai in Matsue!