The old castle town of Tsuwano, known as the “Little Kyoto of the San-in Region” locates in the western edge of Shimane. The town, surrounded by the peaceful Mt. Aono, there are a lot of historically important buildings, temples and shrines and well preserved culture. As you make your way up the stone path, you will be welcomed by beautiful koi carps swimming and a row of buildings with white plaster walls. 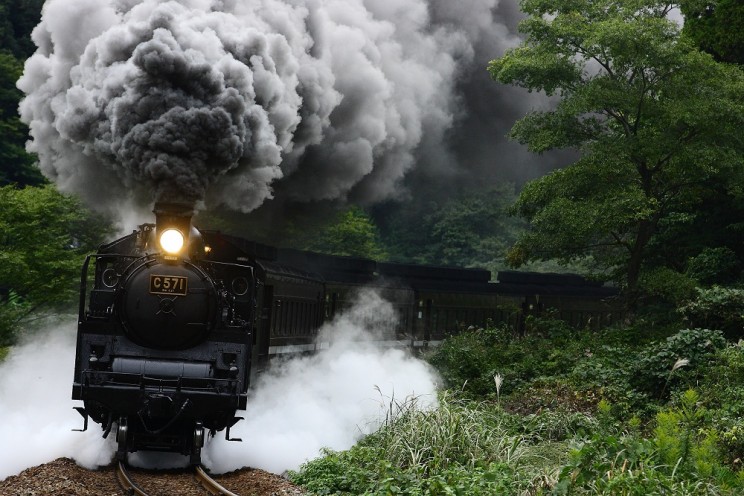 JR Tsuwano Station is widely known as the arrival and departure staion of SL Yamaguchi, an engine model C571 steam locomotive train which runs through the unspoiled countryside between JR Shin-Yamaguchi Sta.(Yamaguchi) and Tsuwano Sta. JR Shin-Yamaguchi Sta. is accessible by bullet trains. The SL Train makes one round trip a day, mainly on weekends from March to November, so please take a chance to experience it!

Koi carps at a rice shop 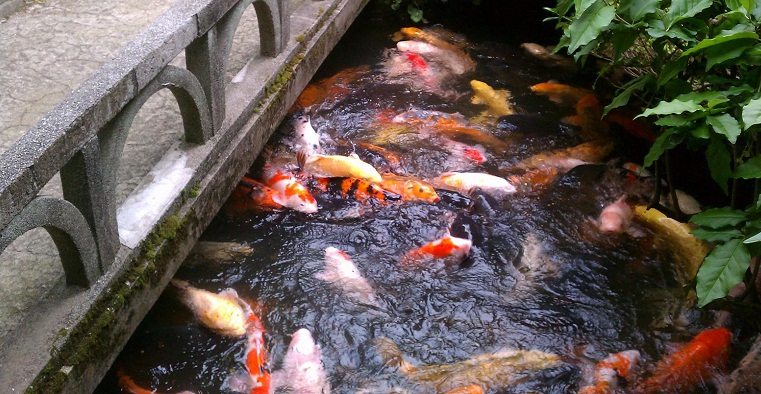 This rice shop is famous for the koi carps swimming at the back of the shop. Of course, koi carps swimming in the moat is one of the representative scenery in Tsuwano, however, about five hundred chubby nishiki-goi carps of various colors kept here are outstanding. You don’t need fee to see them but you can buy some food to feed the koi with at the shop, it is a spectacular sight to see such a large number of koi gather at feeding time. 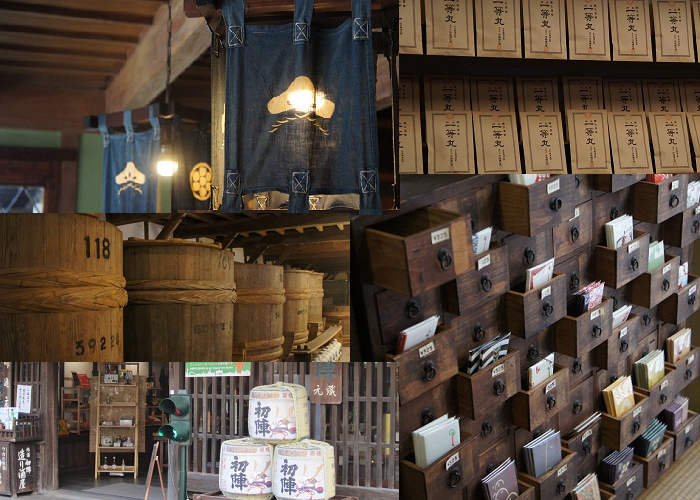 Located in the important traditional building preservation area, Honmachi‘s stone path has three sake breweries, about ten merchant’s houses which are designated as Tangible Cultural Properties. From breweries to art galleries and folk craft stores, there are many traditional Japanese buildings to be found here. 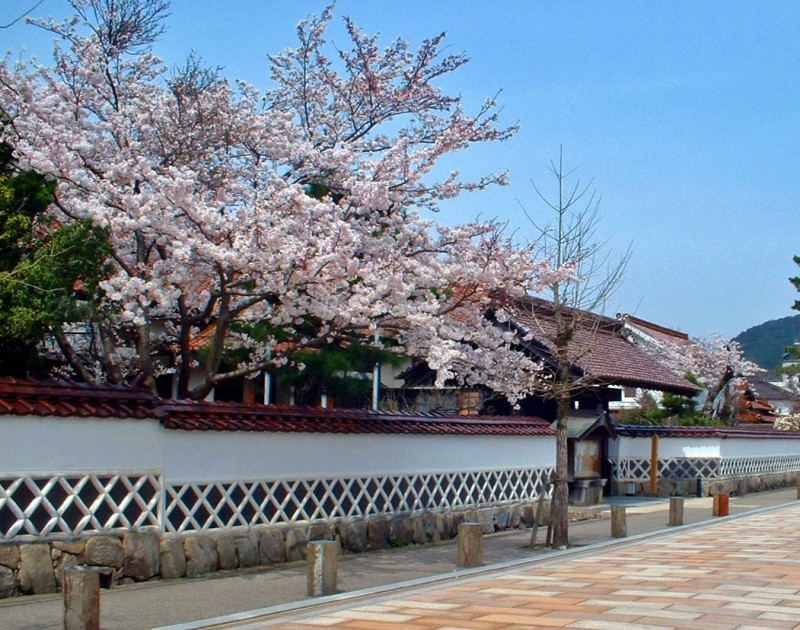 Tono-machi Street is the main street of Tsuwano Town. Traditional samurai residences and storehouses with white mortar walls stand tall  along both sides of the street, you will find the symbol of the town, koi carp of various colors swimming in the waterways.  It is especially beautiful in early June when irises (hana shobu flowers) bloom. You can also enjoy the night by viewing the illuminated scenery of the town from the end of May to the end of November. 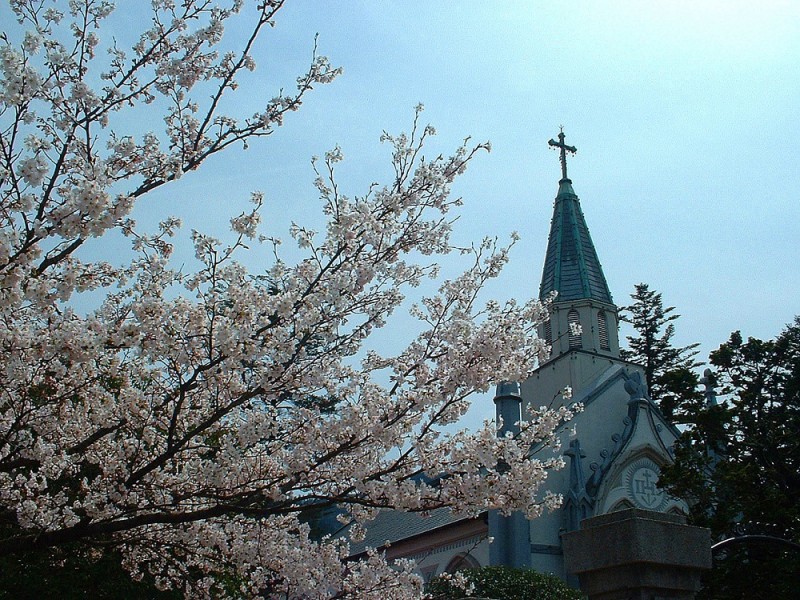 Tsuwano Catholic Church stands among the traditional historical buildings on this street. You will find this church very unique because tatami mats are spread inside for the visitor’s prayer. On sunny day, it becomes so beautiful inside when the sunshine comes in through the stained glass. 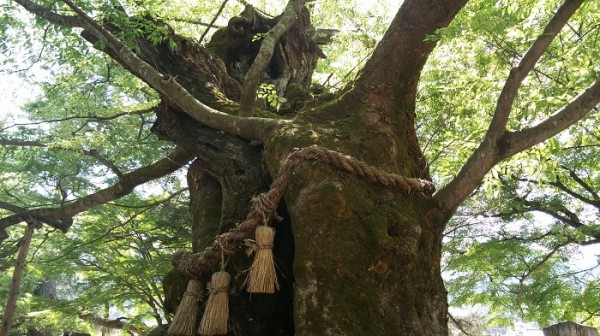 Yasaka Shrine has a long and distinguished history. The shrine was established to guard the demon’s gate of the castle, stands facing to the castle. An over-600-year-old zelkova tree in the shrine grounds is also worth a visit.
Its traditional event called the “Sagimai ritual” (July 20th, 27th), which is designated as a national important intangible folk culture asset, is very famous. 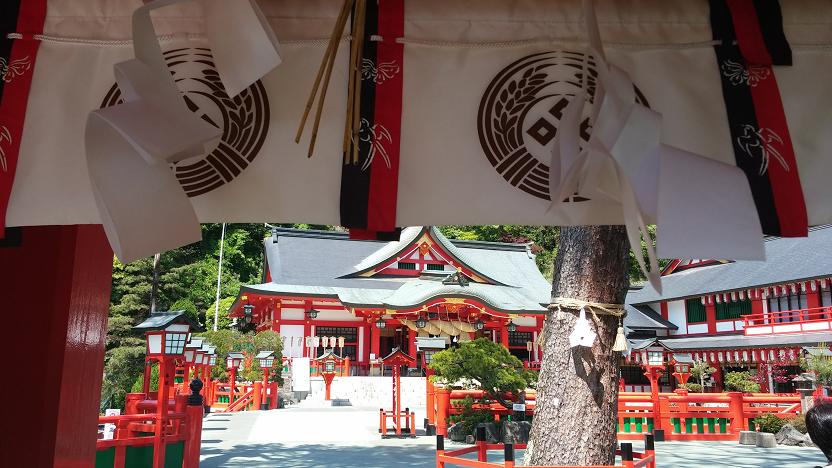 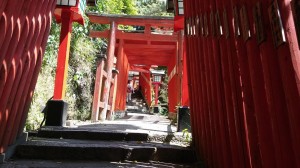 Taikodani-inari Shrine is regarded as one of the most important inari shrines in Japan. The approach way up to the shrine is lined by about a thousand tori gates, a red tunnel like tori gates are spectacular to see from a distance or passing through. 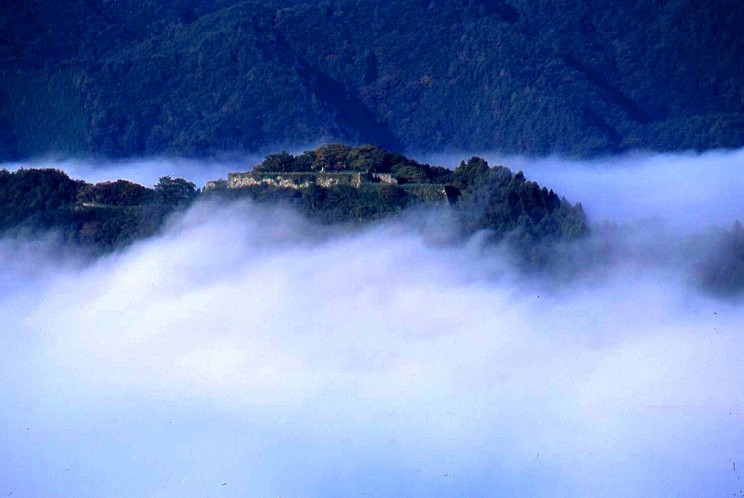 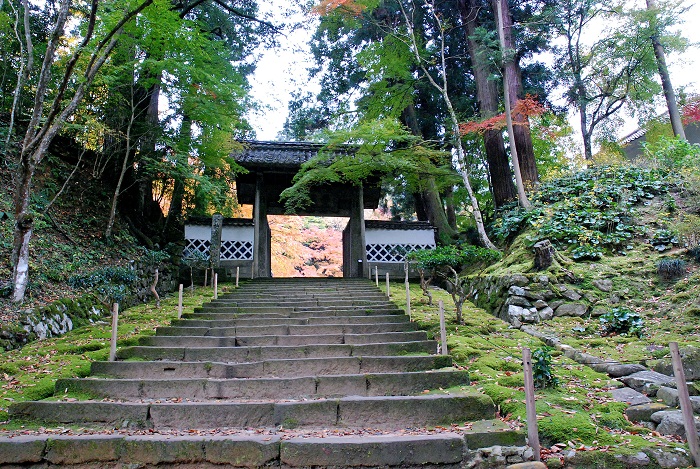 The history of this temple goes back to 14th century, and it has belonged to successive local lords of Tsuwano. Yomeiji Temple is also famous for being a thatched-roof temple. It is very beautiful when the leaves turn red in the Fall. The thatched-roof temple, white mortar and stone walls, combined with the autumn colors make the scenery here even more beautiful.

This chapel was built in 1951 to commemorate the thirty-six Christians who sacrificed their lives here. After the Meiji Restoration, many Christians were sent as exiles and confined at this location.

Genji-maki is a recommended local specialty in Tsuwano. It is a kind of Japanese confectionery made with sweet bean paste rolled with thin sponge cake. Not too sweet and it goes very well with Japanese tea.