Remains of the 14th-century refuge of exiled Emperor Godaigo

To the east of Beppu port, on top of a hill in the bay is where Emperor Godaigo stayed for a year when he was exiled in 1332. This historical landmark is representative of the island. On top of the hill is Kuroki Shrine which is a shrine dedicated to Emperor Godaigo and in 1958 it was designated by Shimane prefecture as a historical landmark. At the base of the hill is Hekifu-kan Museum which contains information on the Kuroki-gosho Imperial Residence Site 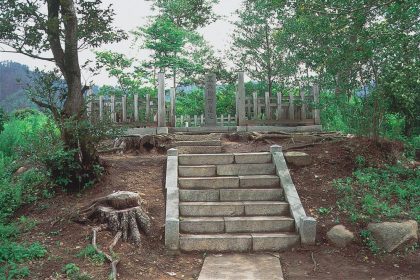 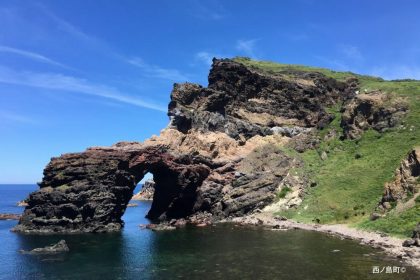