The gorgeous costumes, the rhythmical sounds of Japanese instruments, and the dynamic movements all come together at a marvelous location for the special event called “Umi Kagura”.

What is “Umi Kagura”?

In the Iwami region of Shimane, as the sky begins to darken stories of the “kami” gods battling the forces of evil are told through the performances known as Iwami Kagura. During the weekends performances are held at the local shrines and performed by the local troupes.

This year, Iwami Kagura has been designated a Japan Heritage!!

In the Iwami region of Shimane, as the sky begins to darken, locals gather at their local shrines to watch the stories of the “kami” deities battling the forces of evil through the performances known as Iwami Kagura. But once every year, the stage is set at a different location. A more natural setting, somewhere where the setting sun sets the backdrop, the ocean air fills the atmosphere, and the gentle sound of the waves crashing against the coastline can be heard within the beats of the music.

*Last year was a special event so the event stage will differ from this year.

This year’s “Umi Kagura” event takes place on September 15th (sunday) and is set at the beach on the coastline of the Sea of Japan with the setting sun in the background. It’s a small event where locals gather to watch the stories of Iwami Kagura and support their local troupe. 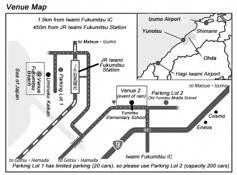