Kezou-ji Temple is located at the summit of Mt. Makuragi in Matsue city, with the elevation of 456m.

This temple has a long and important history of Buddism in Shimane. It is said to be originally built in 825 by Chigen Shonin (holy priest) and was the temple of Tendai sect of Buddism at the time. Later in the late Kamakura period, it was reconstructed as a Zen temple and prospered so much it became one of the most famous temples in the region.

After then, the temple had decayed as a result of a fire caused by the war.

The temple saw the light of the day again when Horio Yoshiharu, the feudal lord of Matsue at the time, decided to build Matsue Castle in 1607. Since Mt. Makuragi is located in the spot superstitiously believed to be unlucky, the temple was restorated and became a temple for praying.

The sitting statue of Yakushi Nyorai kept in Yakushido Hall is the work of the late Heian Period and designated a National Important Cultural Property.

The gate of the precinct built in the middle of Edo Period is Cultural property designated by Shimane Prefecture.

You can drive all the way up till just before the summit.

From the observation platform, you can enjoy the view of Lake Nakaumi, Lake Shinji, and Mt. Daisen.

If the weather conditions are good enough, you can even see the Oki Islands in the distance.

*currently under renovations till November 2021 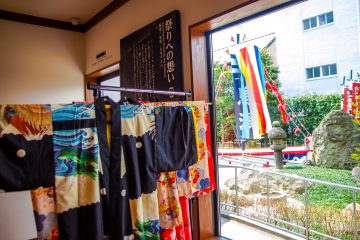 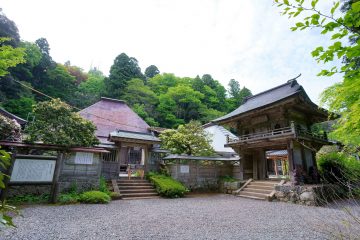