A strange spectacle that brings to mind a fantasy world

Iwami Tatamigaura is a picturesque spot that is designated a national natural treasure. Passing through a cavern from the Kokufu swimming area, an immense, flat, and rocky expanse known as “Senjojiki” (lit. “one thousand tatami mats”) spreads out before your eyes. Stones that resemble round benches protrude here and there, and against the backdrop of the sea, this creates a strange spectacle that brings to mind a fantasy world. Senjojiki derives its name from the pattern of regular cracks that runs across its surface lengthwise and crosswise, which make it look just like tatami mats that have been laid out. Here, a geological layer that built up under the shallow seawater some 16 million years ago underwent upheaval as a result of an earthquake in the 19th century and other events, which gave rise to a raised sea floor. There are a large number of whale bones, shellfish and other fossils preserved within the rocks, and these are readily observable. The round, stool-shaped rocks are a rare type of rock known as “nodules,” which were formed mainly from fossils and similar items. Iwami Tatamigaura is a “natural earth science museum” where it is possible to observe a large number of very interesting geological features. 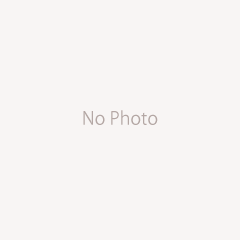 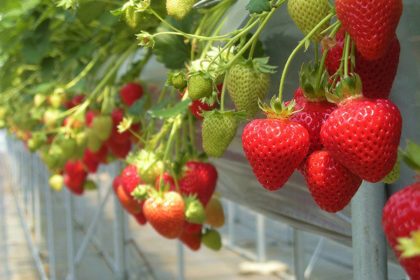 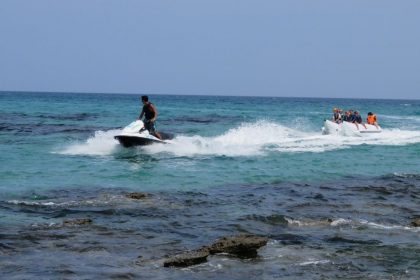 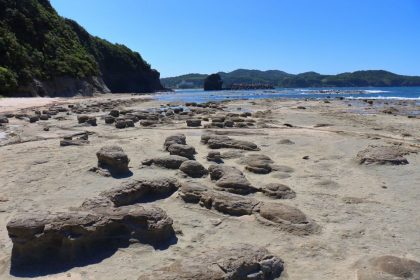