Be inspired by the beauty of an artistic Japanese garden

Iko Temple is an ancient temple that was established in 1363. The main gate employs a majestic and magnificent design, with grand doors attached to two thick pillars, upon which sits a two-tier roof. Also incredibly beautiful is the temple’s garden. It was created in the 15th Century by Toyo Sesshu, who was also a celebrated artist. The garden delights the eyes of tourists in all four seasons. It is an ancient yet artistic Japanese garden that utilizes a hill and precipice in their natural state, and which also features an island in its pond. The garden makes skillful use of a broad area, and even among Sesshu’s gardens, it can be described as a high point. Sesshu’s versatility is palpable – in contrast to the garden at Mampuku-ji (Mampuku Temple), where a Buddhist temple garden style provides the underlying tone, Iko Temple Garden incorporates a samurai style. An interesting collection of architecture and carving is also preserved at the temple. 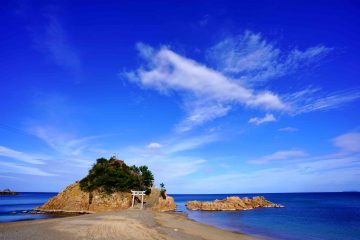 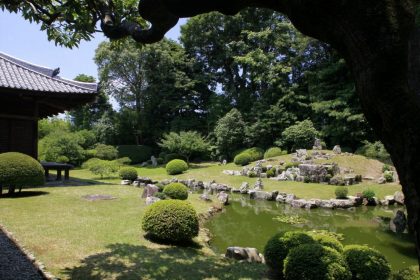 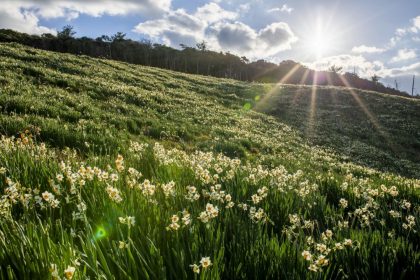